CATE BLANCHETT TO
COMMAND A SHIP IN 'CASCADE'?

In her career she really played the most various roles, but this one will be very unique for Cate Blanchett: she might become an action heroine in 20th Century Fox thriller CASCADE in which she might play the lead role of a ship's captain! This Ridley Scott produced movie would have the story set in the aftermath of an oil tanker's collision in the Persian Gulf, which escalates into an international crisis. Cate Blanchett will play the ship's captain, who tries to find a way to prove that she did not commit a terrorist act. You will watch Cate as her Elven highness queen Galadriel in THE HOBBIT: THE BATTLE OF THE FIVE ARMIES this month and then next spring as the charmingly wicked stepmother in Kenneth Bragnah's fantasy extravaganza CINDERELLA!

And here is someone we've truly missed a lot in TV news today: dashing Bradley James, who became popular playing King Arthur in BBC's beloved fantasy saga MERLIN, will come back to the small screens, albeit in a project I personally wouldn't choose for him - he will take the lead role in Lifetime's DAMIEN series which will be a TV sequel to THE OMEN classic horror movie! The good news is also that our beloved Shekhar Kapur (ELIZABETH THE GOLDEN AGE) will direct the first of the six episodes which will delve into the life of Damien Thorn as an adult, years after the 1976 film which told the story of his childhood as an Antichrist. DAMIEN will be forced to come to terms with his true identity in the face of the satanic forces around him. 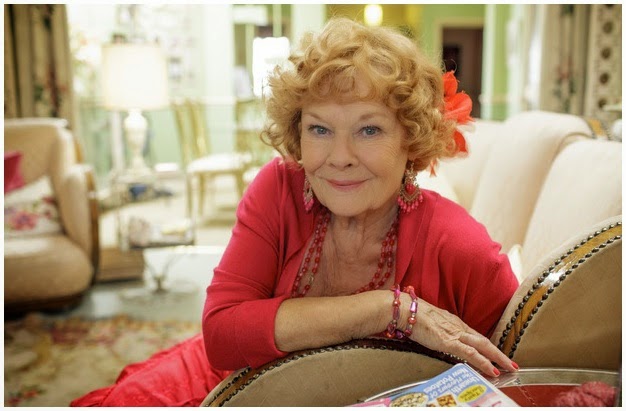 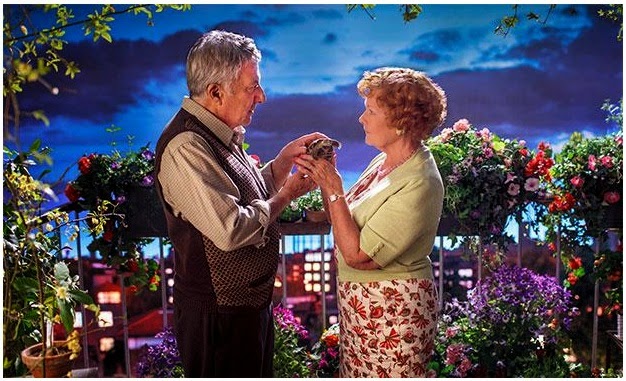 lavishes all her affection on Alfie… her pet tortoise. He devises a plot to win her affections, after he learns of her wish for Alfie to be bigger. James Corden and Ricky Gervais also star in the film.
Posted by DEZMOND at 2:30 PM