Here's something with the right timing: with THOR movie and History Channel's new VIKINGS epic series scoring success, we shall also be able to watch a Viking film coming from the home of the blonde barbarians! 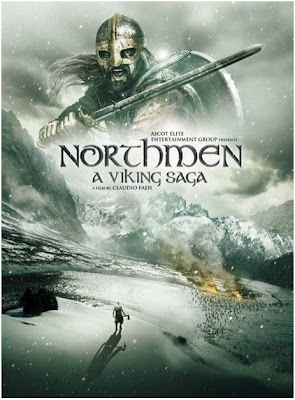 Titled NORTHMEN - A VIKING SAGA, the film will see Tobias Santelmann, star of the Oscar nominated KON-TIKI, playing Viking leader Asbjörn, stranded behind enemy lines on the coast of Alba with his band of Vikings. Their only chance of survival is to find a path to the Viking settlement, Danelag, traversing an unfamiliar and hostile land. The journey becomes a race for their lives when the King of Alba sends his most feared mercenaries after them. But when the Vikings meet a Christian Monk who also preaches with his sword, the hunters become the hunted as the Vikings set deadly traps, mercilessly decimating their pursuers one by one, culminating in a final and deadly encounter. The English language film should start shooting this Autumn!


MERRY MEN & THE LAST WITCH HUNTER
And that's not all from the info on new epic movies! "Empire" reports that we shall watch another take on famous Robin Hood! But this time it will be a different take on the famous Sherwood legend! Dreamworks

will put focus on MERRY MEN, the brave bunch that followed Robin Hood through his adventures! To be written by Brad Ingelsby, this big budgeted historical movie will be an ensemble effort that will give an Ocean’s Eleven-style reboot to Little John, Friar Tuck, Maid Marian and Will Scarlet. The film's director will be Scott Waugh (ACT OF VALOR, NEED FOR SPEED). Don't forget that CW is developing SHERWOOD show in which the focus will be on a female vigilante who teams up with Robin and his gang against Normans in order to save her jailed boyfriend. Deadline reports that Vin Diesel might take the lead role in Breck Eisner's THE LAST WITCH HUNTER a film about an immortal witch hunter who partners with his natural enemy, a female witch, to stop the covens of New York City from unleashing a plague on humanity.


WHAT MAISIE KNEW?
I have a touching trailer for you today. It is the first clip for new drama WHAT MAISIE KNEW starring Julianne Moore, Alexander Skarsgard, Steve Coogan, Joanna Vanderham and little Onata April. Contemporary 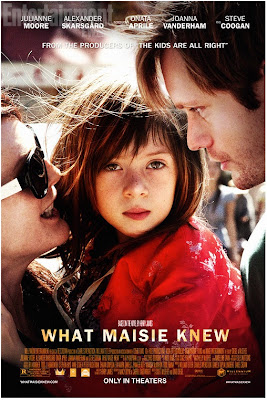 movie adaptation of Henry James 19th century novel premiered at Toronto Film Festival and will hit cinemas later this year. The critically acclaimed movie depicts the complex inner workings of a family struggling through divorce as seen through the eyes of their 7-year-old daughter Maisie. Julianne Moore portrays Maisie's mother, Suzanna, an aging rockstar engaged in a nasty custody battle with art dealing ex-husband Beale (Steve Coogan). In a play to win the court's favor, Beale weds Margot (Joanna Vanderham), Maisie's nanny, inciting Suzanna to rope bartending pal Lincoln (Alexander Skarsgard) into holy matrimony as well. As Maisie is bounced between parents who seem more interested in provoking vicious arguments rather than caring for their child, it becomes clear her pseudo stepparents may be the family Maisie truly needs.
Posted by DEZMOND at 12:00 AM