According to "Deadline" Reese Witherspoon has a new project to produce and possibly star in: the movie adaptation of J. Courtney Sullivan's yet to be published novel THE ENGAGEMENTS following an engagement ring from the 1930s to present day, which connects five separate couples in unexpected ways! Evelyn has been married to her husband for 40 years since he slipped off her first wedding ring and put his own in its place. Delphine has seen both sides of love- the ecstatic, glorious highs of seduction, and the bitter, spiteful fury that descends when it's over. James, a paramedic who works the night shift, knows his wife's family thinks she could have done better; while Kate, partnered with Dan for a decade, has seen every kind of wedding - beach weddings, backyard weddings, castle weddings - and has vowed never, ever, to have one of her own. As these lives and marriages unfold in surprising ways, we meet Frances Gerety, a young advertising copywriter in 1947. Frances is working on the De Beers campaign and she needs a signature line, so, one night before bed, she scribbles a phrase on a scrap of paper: "A Diamond Is Forever." And that line changes everything.


MEGAN FOX & ALAN RITCHSON IN NINJA TURTLES
And casting continues for NINJA TURTLES $125 million live action movie! After Megan Fox has been mentioned for the role of intrepid and brave television reporter April O'Neal who befriends the famous Ninja Turtles, it seems we shall get the first turtle in the cast: stunning Alan Ritchson (played Aquaman in SMALLVILLE and he appears in HUNGER GAMES too and is also known as an underwear supermodel) will play the sai-wielding red bandanna wearing Raphael turtle. "Deadline" writes that the actors portraying the title characters will use state-of-the-art performance capture technology similar to Avatar, instead of wearing bulky turtle suits. 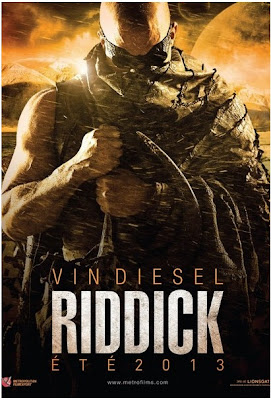 After a very long wait, here it is - the first, short but spellbinding, teaser for this September's biggest science fiction adventure RIDDICK, the third film in the famous Vin Diesel's epic saga! This time, RIDDICK is left for dead on a sun-scorched planet that appears to be lifeless. Soon, however, he finds himself fighting for survival against alien predators more lethal than any human he's encountered. The only way off is for Riddick to activate an emergency beacon and alert mercenaries who rapidly descend to the planet in search of their bounty. The first ship to arrive carries a new breed of mercenaries, more lethal and violent, while the second is captained 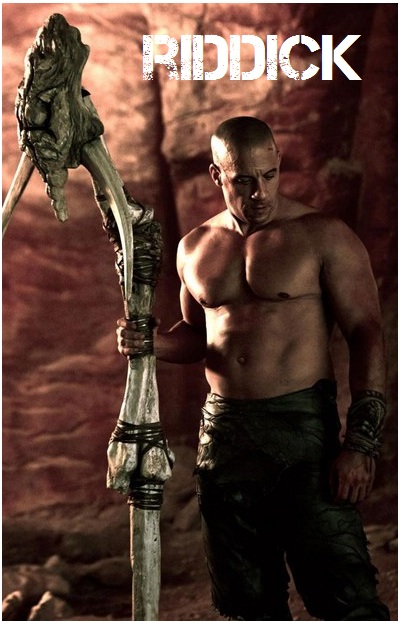 by a man whose pursuit of Riddick is more personal. With time running out and a storm on the horizon that no one could survive, his hunters won't leave the planet without Riddick's head as their trophy. Karl Urban again joins Diesel in the cast!
Posted by DEZMOND at 12:00 AM