One of the rising stars that we like, Joel Kinnaman from THE KILLING show whom we shall also watch soon in the sf remake of ROBOCOP, has landed another role. He will join Irish star Liam Neeson in action thriller RUN ALL NIGHT which revolves around a hitman (Liam Neeson) who must take out his former mafia boss to protect his family. Joel Kinnaman will play the assassin's estranged son, a chauffeur who witnesses a murder, putting his life in danger. And it seems that beside at least two Frankenstein films this year, NBC's upcoming epic show DRACULA with Jonathan Rhys Meyers (click for extreme nudity), and ABC's new fantasy show GOTHICA which will see Dracula, Van Helsing and Dorian Grey in modern settings, we shall also see all the horror monsters assemble together in MONSTER X movie. Planned as THE AVENGERS of horror genre, the film will feature classic creatures such as Dracula, Frankenstein, Mr. Hyde, and seven others, who join forces to take on a massive threat to humanity! 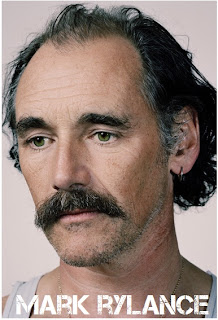 MARK RYLANCE IN "WOLF HALL"!
In today's television news I have some casting info for the new shows and pilots! You already know that BBC is working with HBO on the small screen adaptation of Hilary Mantel's Booker Prize winning historical novel WOLF HALL! The update is that British thespian Mark Rylance will take the lead role  in the story which follows Thomas Cromwell, Henry VIII's adviser, and his rise and fall in the Tudor court. The mini series will have six episodes! 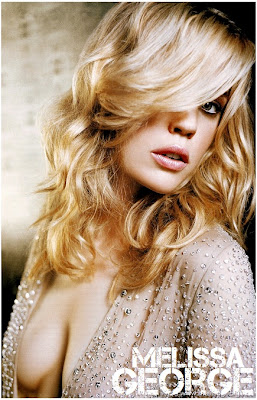 Meanwhile, the above mentioned show GOTHICA has a new cast member! Set in the present day the show weaves together a mythology that incorporates the legends of Dracula, Jekyll and Hyde, Frankenstein and Dorian Gray. It centres on journalist Grace Van Helsing (Janet Montgomery) who takes over her family’s hometown newspaper! According to "Deadline" gorgeous Melissa George (click for extreme hotness) is the new cast member set to play Fiona Hunter, the series’ most formidable force, and everyone – from Grace, to Dorian (Chris Egan), to Victor Frankenstein (Tom Ellis) – will find their mettle and savvy tested by this deliciously cunning woman.


DEEPLY THRILLING
"THE PHILOSOPHERS" CLIP
And I have an equally delicious trailer for you today. It is a clip for highly unusual, deeply 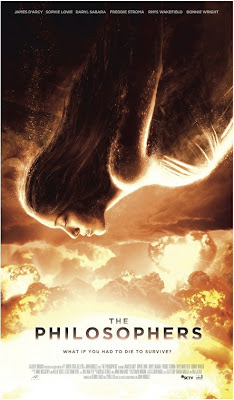 suspenseful,  and thrilling action drama THE PHILOSOPHERS, a British film scheduled to hit the big screens sometime this year! Starring famous British actor James D'Arcy (we've last seen him in CLOUD ATLAS) and a bunch of young actors (including lovely George Blagden whom you're currently watching as the priest in VIKINGS epic show), the film is set at an international school in Jakarta, where a philosophy teacher challenges his class of twenty graduating seniors to choose which ten of them would take shelter underground and reboot the human race in the event of a nuclear apocalypse. As you can see in the trailer below, the story is rather mesmerizing and hypnotising and also has amazingly fresh and beautiful visuals!
Posted by DEZMOND at 12:00 AM