Now, I'm totally not interested in the movie itself, but this casting combination could very well be the hottest ever - lethally sexy Sofia Vergara and deadly hot Jason Statham in a film together! Yep, it will happen in HEAT (what a suitable title). According to "Deadline" the
remake of the 80's film will see Jason Statham appearing as a gambling addict who takes a series of protection and security jobs in Las Vegas to support his addiction. When his friend is badly beaten by the mafia, he puts everything aside to take on the mob by himself. It is not known whom will Vergara play, but the film will be directed by Simon West of LARA CROFT TOMB RAIDER and THE EXPENDABLES 2! 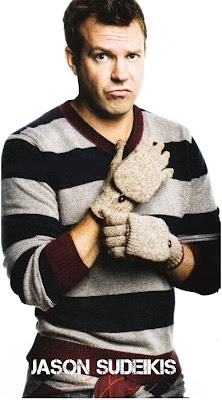 In short Hollywood news today, Jason Bateman, Jason Sudeikis and Charlie Day are all set to return to HORRIBLE BOSSES 2! In the hit comedy from 2011 they played three workers who were trying to get rid of their horrible bosses! Since that one earned about six times its original budget in cinemas worldwide, the sequel will bring them back with a whole new set of equally horrible bosses :) And yet another film which is getting its sequel is current blockbuster OZ GREAT AND POWERFUL. Apparently the deal has been already set for the sequel!
SARAH BOLGER IN MIXOLOGY 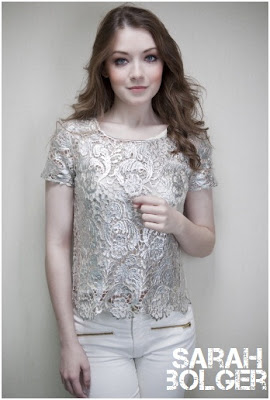 Meanwhile gorgeous Sarah Bolger, whom we ever so loved as brave and righteous princess Marry in legendary epic saga THE TUDORS and a bit less as wimpy princess Aurora in ONCE UPON A TIME, has a new television gig. According to "Deadline" she will star in new sitcom pilot MIXOLOGY which, coming from the creators of THE HANGOVER, is the story of five men and five women navigating romance and single life on a night out in a Manhattan bar. Joining GLEE's Vanessa Lengies, TOUCH actor Adam Campbell and UP ALL NIGHT's Craig Frank, lovely Irish actress will play a naive girl who is not prepared for the aggressive dating scene in New York! 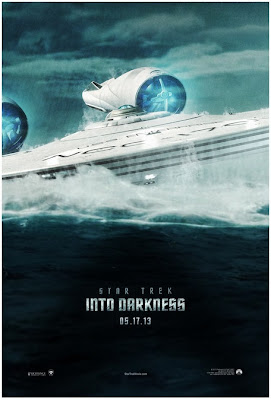 Zoe Saldana, Anthon Yelchin and Benedict Cumberbatch the film is ready to hit the big screens this May! In the wake of a shocking act of terror from within their own organization, the crew of The Enterprise is called back home to Earth. In defiance of regulations and with a personal score to settle, Captain Kirk leads his crew on a manhunt to capture an unstoppable force of destruction and bring those responsible to justice. As our heroes are propelled into an epic chess game of life and death, love will be challenged, friendships will be torn apart, and sacrifices must be made for the only family Kirk has left: his crew!
Posted by DEZMOND at 12:00 AM