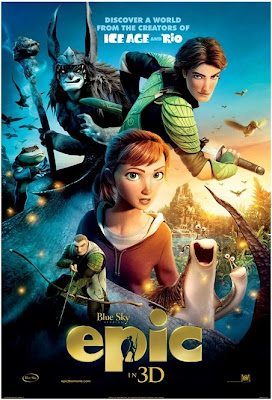 You have probably noticed that with the loss of quality and depth in live action films in recent years, the only source of warmth, creativity, positivity and love have become enchanting animated movies which are also the only ones possessing a moral compass and good messages. From GUARDIANS OF GA'HOOLE, ICE AGE, TANGLED to HOW TO TRAIN YOUR DRAGON, JUSTIN AND THE KNIGHTS OF VALOUR and BRAVE, animated films are hiding a hope for humanity. Today, with EPIC and FROZEN, we're spotlighting two of your HOLLYWOOD SPY's most anticipated 2013 animated flicks! 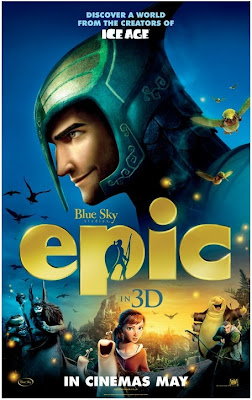 If you ask me, possibly the best animated movie of the year will be deeply enchanting and magically colourful adventure titled EPIC which is ready to hit the big screens around the world from May 24th! Based on William Joyce's children book "The Leaf Men and the Brave Good Bugs" the fantasy adventure is being directed by legendary Chris Wedge, the director of brilliant animated films such as ICE AGE and ROBOTS! The story of EPIC revolves around a young girl named Mary Katherine who lives in a cabin in the woods with her father and dog. Her father, Professor Bomba, has long studied a group of warriors who live in the 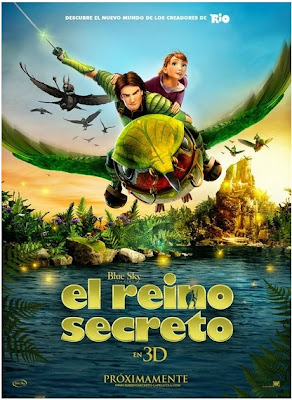 forest and protect it as guardians of good. He often will go into the forest and survey them. One day, the professor does not return from a hike in the forest, so Mary Katharine sets out to look for him. Hours later, she comes upon a group of glowing, falling leaves. Catching one of them, she is suddenly shrunken down. In her minuscule state, she discovers the group of warriors Prof. Bomba has studied, who are known as the Leafmen. Soon she is forced to assist them in a war against forces of evil known as the Boggans and their villainous leader Mandrake, while trying to find out how to return home. In the battle deep in the forest between the forces of good and evil the teenage girl must help a team of fun and whimsical characters to save their world, which also saves the real world! 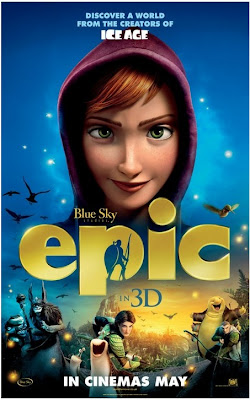 DID YOU KNOW?
The film has a rather stellar cast including voices from Amanda Seyfried (as Mary Katherine Professor Bomba's daughter), Josh Hutcherson as Nod, a rookie Leafmen warrior, Colin Farrell as Ronin, a seasoned Leafmen warrior, r'n'b  diva Beyoncé Knowles as Queen Tara, the Mother Nature-like queen of the forest, Christoph Waltz as Mandrake, the leader of the Boggans, Aziz Ansari as Mub, a slug, pop star Pitbull as Bufo, comedian Jason Sudeikis as Professor Bomba, Mary Katherine's father, rock legend Steven Tyler as Nim Galuu, and Chris O'Dowd as Grub, a snail! At one point of the production, Chris Wedge wanted to escape delays and take EPIC from Fox to Pixar, 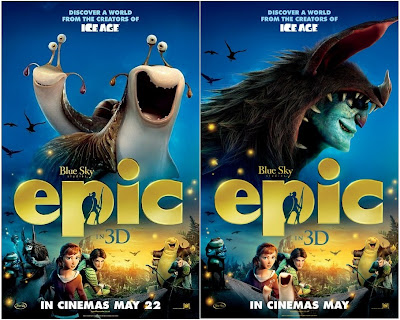 but in the end Fox decided to give the film its full support. The film has a scale of STAR WARS and AVATAR in characters, visuals and world building! Danny Elfman from OZ GREAT AND POWERFUL, ALICE IN WONDERLAND and MEN IN BLACK is composing the music!
DISNEY'S "FROZEN" 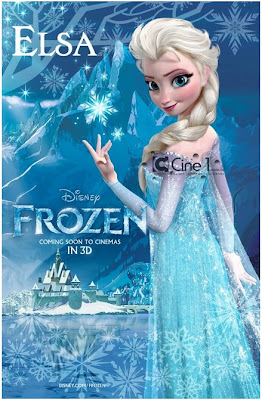 Loosely based on Hans Christian Andersen's fairy tale "The Snow Queen" FROZEN will be Walt Disney's 53rd animated feature film in their classics series. Scheduled for November this year, the film will feature the voices of Kristen Bell as Anna and Idina Menzel as Elsa, the Snow Queen, in speaking as well as singing roles! When Anna (Kristen Bell) is cursed by her estranged sister, the cold-hearted Snow Queen Elsa (Idina Menzel), Anna’s only hope of reversing the curse is to survive a perilous but thrilling journey across an icy and unforgiving landscape. Joined by a rugged, thrill-seeking outdoorsman Kristoff (Jonathan Groff), his one-antlered reindeer and a hapless snowman, Anna must race against 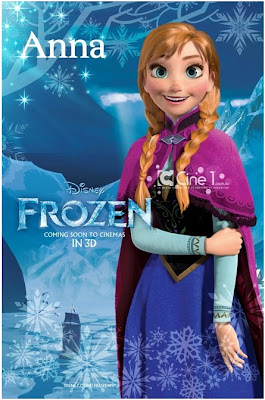 time, conquer the elements and battle an army of frozen sinister warriors if she ever hopes to melt her frozen heart.

DID YOU KNOW?
The work on FROZEN has lasted on and off for more than ten years since Disney has shelved it a couple of times since 2002. Chris Buck, who helmed SURFS UP and TARZAN is co-directing with WRECK IT RALPH's Jennifer Lee. The music will be scored by Christophe Beck who made music for THE MUPPETS and PERCY JACKSON THE LIGHTNING THIEF.