KATE WINSLET IN "A LITTLE CHAOS" PERIOD FILM! LIAM NEESON JOINS CHARLIZE THERON, AMANDA SEYFRIED IN "MILLION WAYS TO DIE IN THE WEST"! "THE NUT JOB" ANIMATED FILM! CHRISTINA HENDRICKS IN "A BOOK OF COMMON PRAYER"! "MERLIN"S KING IS KING IN "THE SELECTION" TOO!

Now this is a lovely piece of movie info! According to "Deadline" Alan Rickman's directorial project A LITTLE CHAOS has found the support of Lionsgate and should start shooting this year. With an amazingly charming duo of gorgeous Kate Winslet and uber dashing Matthias Schoenaerts (you've seen him recently in RUST AND BONE with Marion Cotillard), this will be a love story about rival landscape gardeners who are competing to design a fountain at Versailles for Louis XIV. Alan Rickman will also star in his own film. As I reported before, Winslet, who, believe it or not, played in only two and a half movies since 2008, will also star in sf action DIVERGENT which is set in a futuristic dystopia, following a teenager who seeks to break free from her homogeneous society that divides people based on human traits. She leaves her faction and joins a rival group, where she falls for a young man. 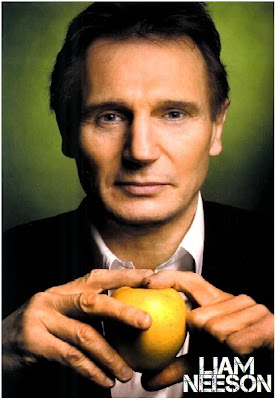 Amanda Seyfried and Seth MacFarlane! The film follows Albert (Seth MacFarlane), a sheep farmer that backs out of a gun duel, only to find out that his girlfriend (Amanda Seyfried) has dumped him. He sets out to exact his revenge on the outlaw that took his former lover and begins to train with a famous gunslinger (Liam Neeson). After completing his training he meets the outlaw's wife (Charlize Theron) and ends up falling in love with her. Giovanni Ribisi will play Albert's best friend. This is not the only one of Liam Neeson's new projects since he is also lending his voice in new animated comedy THE NUT JOB :) This 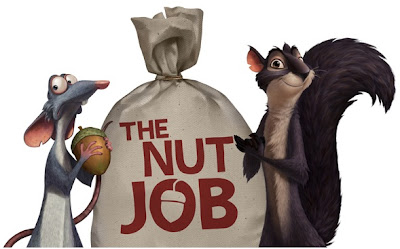 delightful film follows a mischievous squirrel who plots to rob a nut store with his rat friend Buddy LOL! Neeson lends voice to the villainous Raccoon in a cast that includes Katherine Heigl, Will Arnett, Brendan Fraser and Stephen Lang!


A BOOK OF COMMON PRAYERS
Beside Kate Winslet, another curvaceous beauty has found herself a new gig: "Variety" reports that MAD MEN's Christina Hendricks will take the lead role

in A BOOK OF COMMON PRAYER a big screen version of Joan Didion’s book of the same name. The novel, published in 1977, centres on Charlotte Douglas, an American woman who arrives in a fictional Central American country that is on the verge of revolution and inexplicably imagines it is the place where she will be reunited with her fugitive 19-year-old daughter. Story is told through the eyes of an American anthropologist, long married into the ruling family, who tries to decipher the meaning of Charlotte’s journey. According to Hollywood Reporter Anthony Head, whom you remember as the king and Arthur's father in MERLIN epic series, will continue wearing a crown but in CW's upcoming sf pilot THE SELECTION which is set hundreds years in the future following a girl which competes to become wife of the royal prince and nation's new queen. Head will play the strong and powerful King Clarkson who plans to use his son Maxon's (Michael Malarkey) marriage to forge a powerful political alliance.
Posted by DEZMOND at 12:00 AM