One of the most popular historical series ever SPARTACUS is nearing its final end with the ending episode of WAR OF THE DAMNED scheduled to air in a few weeks. Unlike the previous season VENGEANCE, the final run of the show has been exciting, well written 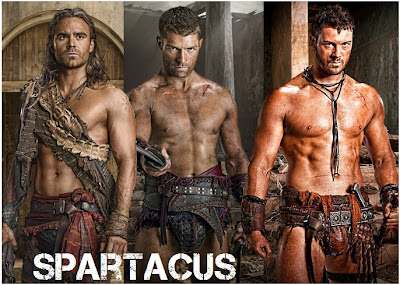 and more focused, and the show will end gloriously, so let us honour the boys of SPARTACUS who have brought us fun and joy from the small screens for years. From the brave leader of the rebels to his courageous generals Agron, Gannicus and Crixus to the actors who portrayed the legendary gladiators and slaves!


LIAM MCINTYRE
It is true that Liam McIntyre had some big sandals to fill when he was chosen to take over the lead role in the show after Andy Whitfield's shocking death (he actually got the blessing from Andy to take over the role since he auditioned after Andy discovered that he will have to undergo the cancer treatment). He did not quite succeed, lacking the 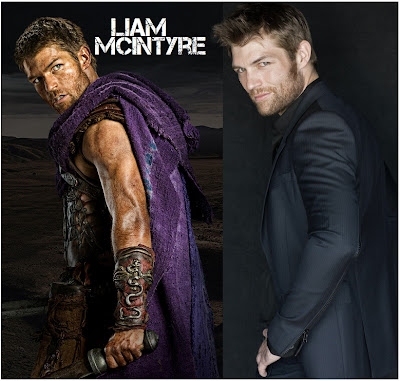 magnetic charisma, but he was not bad at all. There was warmth and trustworthy vibe he emitted while portraying the character of Spartacus in the last two seasons! The tall Australian didn't have a lot of projects in his CV before SPARTACUS but he did play in another famous epic series - THE PACIFIC! He currently doesn't have any upcoming projects in his sleeve.


DAN FEUERRIEGEL
The right hand of Spartacus and his most faithful friend and assistant, German gladiator Agron has never left the side of the rebellion leader whether in life or in battle. He also soothed and cured his battle wounds in the loving arms of his kindhearted lover Nasir with whom he shared tender love which gave the show a sparkle of warmth in the dark world 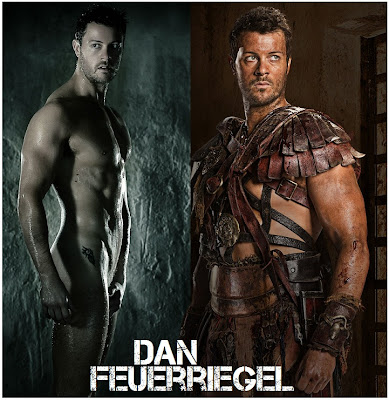 filled with bloodshed and war. Written with deep care their relationship really is one of the highlights of the whole show. Like many other Australian actors, dashing and deeply delightful Dan Feuerriegel who portrays Agron, had played previously in "McLeod's Daughters" and in "Home and Away" series. He also has a huge army of fans called The Furys! We hope to see brilliant Dan in some future projects! 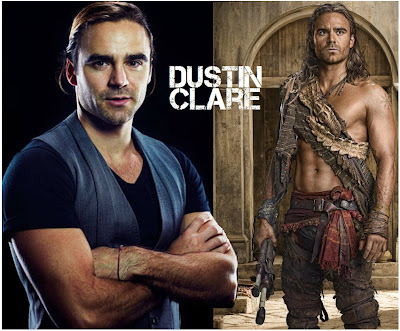 independent spirit and a love for pretty ladies. Hunky Dustin Clare who plays Gannicus also starred in "McLeod's Daughters" and unlike most other cast members, he has two other projects this year - romantic drama SUNDAY and musical comedy GODDESS with Ronan Keating!


MANU BENNETT
It seems that Manu Bennett who plays impulsive Crixus is the only one currently from the cast who has managed to get into Hollywood since you've also seen him as evil Azog in HOBBIT THE UNEXPECTED JOURNEY and as Slade Wilson in ARROW show. He also starred in epic 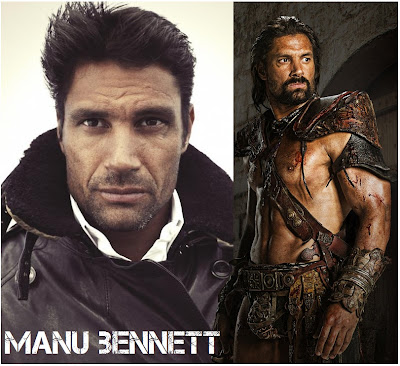 adventure SINBAD AND THE MINOTAUR and it is interesting that he played Marc Anthony in cult epic series XENA WARRIOR PRINCESS. His Crixus grows from Spartacus' main rival in the arena to one of his generals in the rebellion who often has to choose sides between the wise Spartacus and his arrogant, bitchy and neurotic girlfriend flimsy Naevia.


PANA HEMA TAYLOR
Appearing in the show as a slave whom the rebels free from his master's villa, Nasir later on developed from a home slave with a tender body to a formidable warrior who stands side by side with other rebels  in battles and even teaches new rebels fighting skills. Even though he 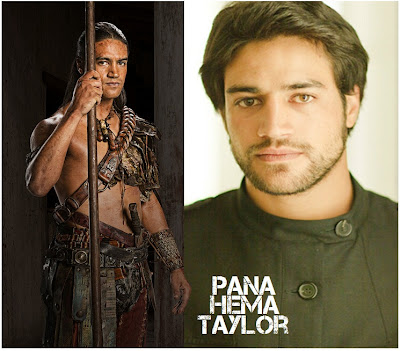 has a wife and two kids in his private life, Pana Hema Taylor depicted the undeniable deep chemistry with Dan Feuerriegel in such a believable way in the profound love scenes between Nasir and Agron, that he easily managed to justify the popularity of their characters among the fans of the show.


SIMON MERRELLS
When you see his fight scenes in the show and his amazingly flawless body and muscles, I bet you wouldn't believe that Simon Merrells is close to 50 in his real life! He came to WAR OF THE DAMNED to replace hauntingly brilliant Craig Parker as the Roman villain and he did the job spotlessly as Roman general Marcus Crassus. Wise, refined, 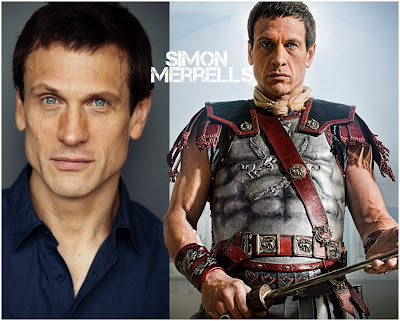 in love tender and romantic, but in his legions firm and strict, Crassus comes to the series to do what others failed to do - to destroy Spartacus and his rebellion. You've seen Merrells in THE WOLFMAN and a number of British shows and he has been prolific on theatre stage too!


TODD LASANCE
It is quite unusual watching Caesar as an impulsive, aggressive, rash and arrogant young warrior in SPARTACUS WAR OF THE DAMNED, but if some of the rumours that we might get a possible CAESAR spin-off series, prove to be true, then we might see him becoming more mature and rising to the power in Rome. In the show, 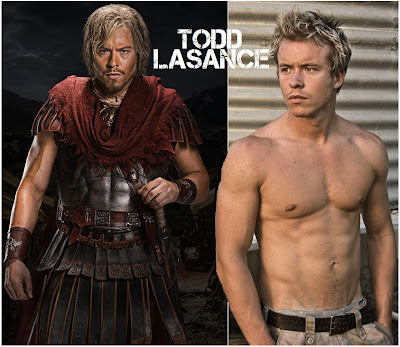 he is played by super dashing Australian star Todd Lasance who, believe it or not, also comes from HOME AND AWAY and MCLEOD'S DAUGHTERS. Privately, Todd is obviously a naughty boy who has even been arrested for the possession of cocaine in the past!


CHRISTIAN ANTIDORMI
Young charmer Christian Antidormi also came from HOME AND AWAY. He is rather convincing in portraying the character of rash and immature Tiberius who, pampered as the son of a Roman general, has to 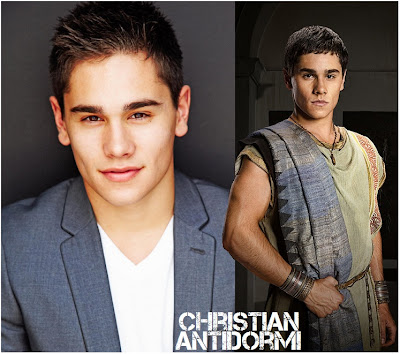 grow up quickly and prove himself worthy in the legions, a task he sadly fails in. His character was also there to excite the younger female audience with his tight buttocks often exposed in the show to the delight of the crowd :)
Posted by DEZMOND at 12:00 AM