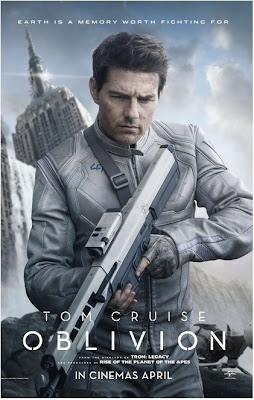 I will tell you straight away, people, I have nothing against the revival of science fiction genre that we've been witnessing recently. I positively adore the trend! Not only that we shall see tones of sf films this year in cinemas, from Will Smith's AFTER EARTH to Guilermo Del Torro's PACIFIC RIM, Sandra Bullock's GRAVITY, Vin Diesel's RIDDICK, and STAR TREK INTO DARKNESS, but we shall also see tones of new sf shows and pilots ready to hit small screens this Autumn. One of the biggest sf films of the year Tom Cruise's science fiction epic adventure OBLIVION is ready to open the sf season in cinemas around the world from April 19th! 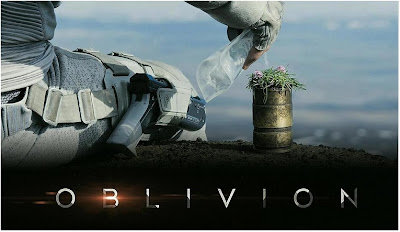 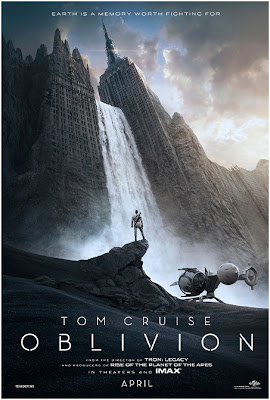 Tom Cruise stars in OBLIVION, an original and groundbreaking cinematic event from the director of "TRON: Legacy" and the producer of "Rise of the Planet of the Apes". On a spectacular future Earth that has evolved beyond recognition, one man's confrontation with the past will lead him on a journey of redemption and discovery as he battles to save mankind. In 2073, a 37 year-old former Marine Commander Jack Harper (Tom Cruise) is one of the last few drone repairmen stationed on Earth which was nearly destroyed by an alien invasion 60 years ago. As part of a massive operation to extract the 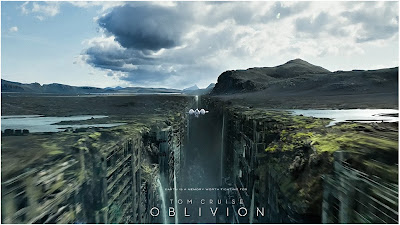 planet's remaining vital resources, he lives in an airborne "town" floating thousands of feet above the Earth after decades of war with a terrifying threat known as the Scavs, and his mission is nearly complete. Living in and patrolling the breathtaking skies from thousands of feet 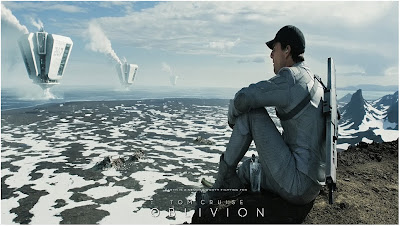 above, his soaring existence is brought crashing down when he rescues a beautiful stranger (Olga Kurylenko) from a downed spacecraft. Her arrival triggers a chain of events that forces him to question everything he knows and puts the fate of humanity in his hands! In addition, after 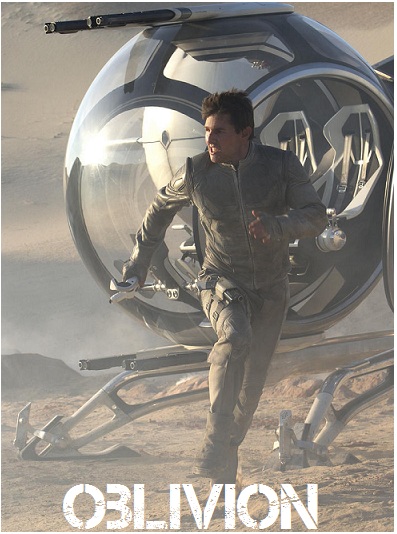 being captured by an insurgency led by 102 year-old Malcolm Beech (Morgan Freeman), Jack is told that the society in which he lives may in fact be a police state. 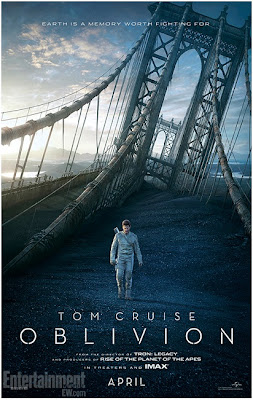 The expensive sf adventure with the budget of almost $120 million will bring breathtaking visuals and sets as you can see in the magnificent trailer below. Directed by Joseph Kosinski (whom you remember from TRON LEGACY and who is currently preparing the sequel to that sf film) and based on his own comic book written together with Arvid Nelson, OBLIVION stars Tom Cruise in the lead role with gorgeous Ukrainian star Olga Kurylenko (QUANTUM OF SOLACE, CENTURION) as the female protagonist. Morgan Freeman (plays a resistance leader stationed on Earth), Melissa Leo, and GAME OF 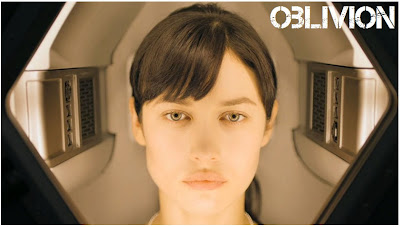 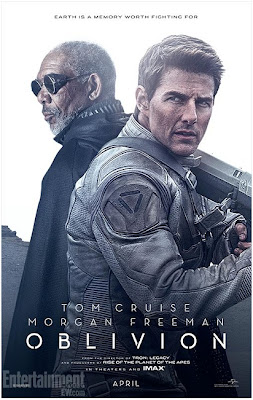 As you remember from HOLLYWOOD SPY's reports from previous years, tones of young actresses have auditioned for two of the female roles in the film - one of a girl on the planet and the other who helps Jack from above the surface. Before Olga Kurylenko got the role of Julia,  Olivia Wilde, Noomi Rapace, Kate Mara, Mary Elizabeth Winstead and Brit Marling had auditioned for the role! Meanwhile, Diane Kruger, Hayley Atwell and Kate Beckinsale were considered for the role of Victoria which later on went to unknown Andrea Riseborough. The illustrated novella written by Kosinski upon which the film is based is being held for release to coincide with the film premiere.