Two  trailers for you today, the first one is the second video for extremely star studded comedy THE BIG WEDDING which opens up in cinemas this 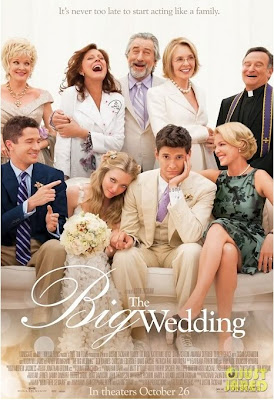 May! Starring gorgeous blondes Amanda Seyfried and Katherine Heigl, stunning boys Topher Grace and Ben Barnes, and acting legends Robin Williams, Robert De Niro, Susan Sarandon, and Diane Keaton, the film centres around Don (De Niro) and Ellie (Keaton), a long divorced couple being forced to pretend that they are still happily married at their adopted son's (Barnes) wedding. The son's biological mother, a Catholic from Colombia, is also attending, and has not been told that her son's foster parents got divorced. Among all of their family and friends, the hoax snowballs into a poignant and raucously funny story about the ties that bind.

Now this is definitely a delightful piece of news: our favourite British thespian Stephen Fry has joined the cast of upcoming new sitcom SUPER CLYDE which is to get its pilot over at CBS! As I've reported

before, HARRY PLOPPER's Rupert Grint takes the lead role in the story of a fast food worker  who decides to become a superhero after inheriting a $100,000 a-month inheritance from his long-dead eccentric uncle. He uses the money to help people in need! Stephen Fry will play his butler Randolp LOL While, Clyde is described as a well-meaning and sweet yet slightly neurotic guy who never feels like he really fits in, he also has a brother who will be played Tyler Labine from ANIMAL PRACTICE! 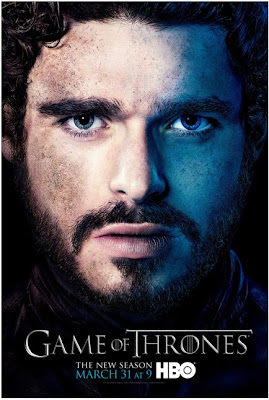 on war! You can see some of the battles and fights we shall see in the third run of the popular epic show from Jon Snow (Kit Harrington) fighting in the frozen north to King of the North Robb Stark (Richard Madden) in battle and Daenerys Targaryen (Emilia Clarke) unleashing her dragons at the sea! The brand new season starts airing March 31st in USA and a day or week later in dozens of countries around the world! This time the episodes will be supersized - lasting almost a whole hour! The season is based on George R.R. Martin's STORM OF SWORDS fantasy novel! You can also check out the second long trailer for the show just released today which features a magnificent scene in the very end of Daenerys releasing her fire breathing dragons!
Posted by DEZMOND at 12:00 AM