According  to "The Hollywood Reporter" everybody's favourite Hugh Jackman, who you've seen this winter shinning in LES MISERABLES

and will see later this summer in WOLVERINE, has taken the lead role in SIX YEARS! The big screen adaptation of the yet unpublished upcoming novel by Harlan Coben (for which Paramount led battles with other major studios) centrers on Jake Fisher, a man who, six years ago, watched the love of his life Natalie marry another man. When he discovers an obituary of the man she married, Jake goes to the funeral, in hopes of seeing Natalie. He learns that the widow is not Natalie, forcing him to question all of his past memories.


NEW COUNT OF MONTE CRISTO FILM
And while we're mentioning LES MISERABLES, another classic will get its new movie version soon: according to THR David S. Goyer will direct Alex Dumas' THE COUNT OF MONTE CRISTO which is set in the early 19th century and centres on Edmond Dantes, a young man who is falsely imprisoned. During his time in prison, he meets a man that educates him and gives

him the coordinates for a hidden fortune. After he escapes his imprisonment, he heads back to Paris where he plots to exact his revenge on the men that put him in prison.
ELENA SATINE IN THE SIXTH GUN SF SHOW
In TV news, upcoming sf show THE SIXTH GUN has added mindblowing beauty Elena Satine to the cast! The supernatural Western follows the story of six mythical guns, each with its own other worldly powers. When the Sixth Gun, the most powerful and dangerous of the group, resurfaces in the hands of an innocent girl, Becky Montcrief (Laura Ramsey), dark forces re-awaken. "Deadline" writes that Satine will play the “widow” Missy Hume, a powerful Madame who runs the town of Brimstone kept unnaturally youthful by being in possession of the Fifth Gun. A cold stunningly beautiful woman of great cunning, she is unafraid to use whatever means to collect all Six Guns for her own dark purposes.


ANCIENT ROME SITCOM PLEBS
Here is something hilarious in an epic way, and I mean literally - a new sitcom set in the epic times of ancient Rome! I have already written before about the new comedy PLEBS but it is now ready to premiere at ITV2 in six half hour episodes! PLEBS will be a thoroughly modern 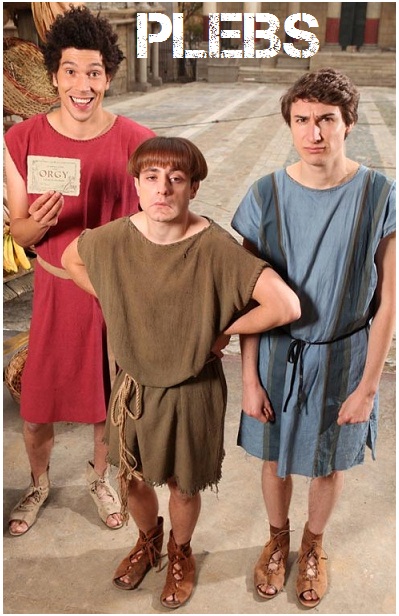 comedy with an ancient setting. The series will follow three desperate young men from the suburbs as they try to get laid, hold down jobs and climb the social ladder in the big city – a city that just happens to be Ancient Rome! The series stars Tom Rosenthal (Friday Night Dinner), 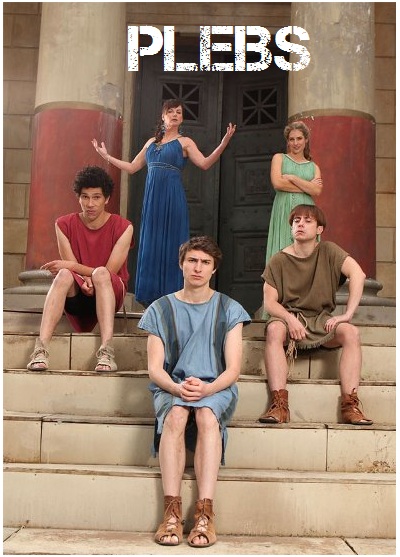 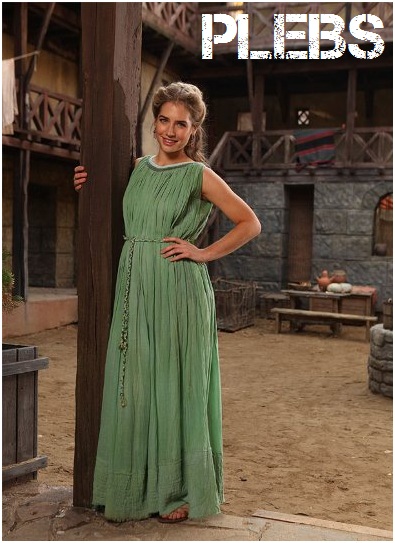 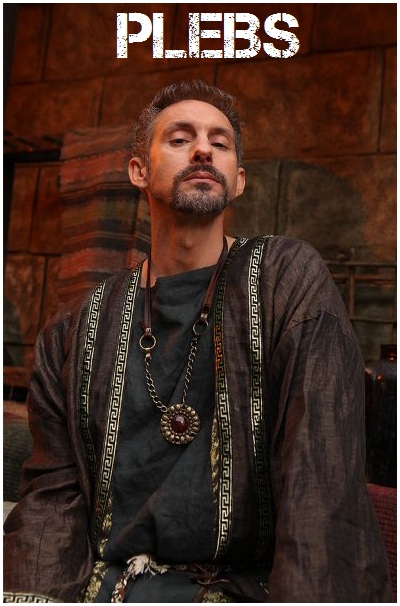 gladiators, a dignified theatre of pomp and ceremony. But what about the little guys, the wasters - new to the big city, stuck in office jobs, unable to get the girls? Unlikely to be immortalized in the annals  or memorialized in a frieze, Marcus, Stylax and Grumio are essentially just a bunch of Plebs. And whether they’re wearing togas, or skinny jeans, desperate young men in any period of history are essentially cut from the same cloth.
Posted by DEZMOND at 12:00 AM