The plot for Wes Anderson's GRAND BUDAPEST HOTEL has been revealed. The movie will follow a legendary concierge at a famous European hotel between the wars and his friendship with a young 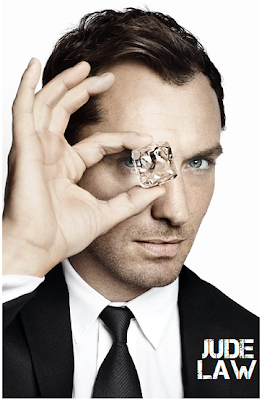 employee who becomes his trusted protégé. The plot focuses on the theft and recovery of a priceless Renaissance painting, the battle for an enormous family fortune and the slow and then sudden upheavals that transformed Europe during the first half of the 20th century. The film which has already been shot in Hungary and Germany has an extremely star studded cast including: Ralph Fiennes, Jude Law, Edward Norton, Owen Wilson, Tilda Swinton, Jason Schwartzman, Harvey Keitel, Saoirse Ronan, Tom Wilkinson, Jeff Goldblum, Willem Dafoe, Adrien Brody and Bill Murray! Wes has previously helmed MOONRISE KINGDOM and FANTASTIC MR FOX!

CAST REVEALED FOR ATLANTIS EPIC SHOW
One of our most anticipated of the upcoming new epic shows ATLANTIS is getting new cast members! As you already know the new BBC show will replace MERLIN this Fall and will be set in the city of Atlantis, a mysterious, ancient place, a world of bull leaping, of snake haired goddesses and of palaces so vast it was said they were built by giants. It's into this strange, compelling realm that the young Jason arrives and an amazing adventure begins, bringing to life the vast store of Greek myths and legends re-imagined for a new generation. Earlier this winter I informed you that Robert Emms (MIRROR MIRROR) will play Pythagoras, and now he will be joined by Mark Addy (Game of Thrones), Juliet Stevenson (The Village), Sarah Parish (World Without End, Merlin), Jack Donnelly (Dancing On The Edge) and Djinn's Aiysha Hart, and Jemima Rooper (Lost in Austen)! The show will start shooting next month on the sets designed in Morocco and Wales! The lead role is yet to be revealed!

MAYFLOWER EPIC SERIES
Speaking of epic series, FX is also venturing into these waters and in the slate of new mini series to come to the channel in the future is also

MAYFLOWER, a historical drama which will bring an unflinching portrait of the Puritan settlers at Plymouth Colony and their uneasy alliance with the local Native Americans.The show is produced by LIFE OF PI producer!


JASON STATHAM & TOM HARDY FOR ESCAPE FROM NEW YORK
And Digital Spy writes that Jason Statham and Tom Hardy are the frontrunners for the lead role in the remake of ESCAPE FROM NEW YORK! One of them will star in the sf film playing Snake Plissken, a war hero turned criminal who has the chance to redeem himself by rescuing the president, who has been taken hostage by prison inmates. The role was originally played by Kurt Russell!
Posted by DEZMOND at 12:00 AM