According to "Deadline" this year's biggest Oscar snub Michael Fassbender has a new role: he might join THE COUNSELOR, which will be directed by Ridley Scott and is written by Pulitzer Prize winning author Cormac McCarthy (NO COUNTRY FOR OLD MEN, ALL THE PRETTY HORSES). Fassbender will play a respected lawyer 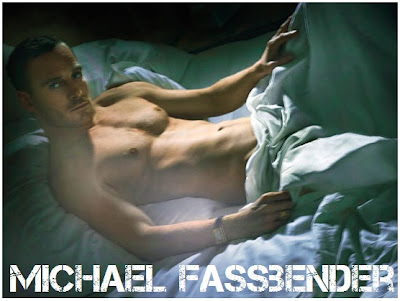 who thinks he can dip a toe in to the drug business without getting sucked down. It is a bad decision and he tries his best to survive it and get out of a desperate situation. Yet another of the upcoming films to touch the topic of vampires will be HARKER, which is, according to 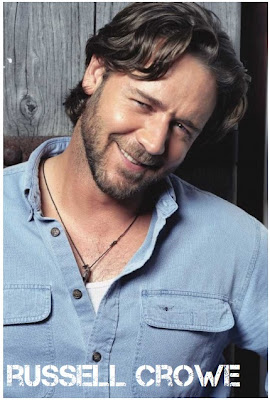 "MovieWeb" a revisionist take on Bram Stoker's Dracula story, with the tale centering on Jonathan Harker, a Scotland Yard detective who becomes consumed with finding Dracula after a spate of grisly murders. It is interesting that Warner Bros. is negotiating with Russell Crowe to take the lead role in the movie which will be directed by Jaume Collet Serra, whom you know as the director of ORPHAN and the cancelled AKIRA epic. As you know, Russell has LES MISERABLES to finish, next to Hugh Jackman, Eddie Redmayne and Anne Hathaway and he might also take the lead role in Biblical epic NOAH. 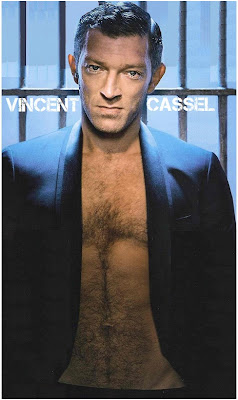 and legal one BEAUTY AND THE BEAST on CW), and the freshly released 3D version of Disney's animated classic on the same fairy tale, according to "The Hollywood Reporter" we shall also watch a live action French version as well to be directed by Christophe Gans the helmer of the famous BROTHERHOOD OF THE WOLF and SILENT HILL. The French film will have amazing Vincent Cassel and Lea Seydoux in the lead roles. The director promised that he "will surprise the audience by creating a completely new visual universe never experienced before and produce images of an unparalleled quality".
One of the trailers I forgot to post earlier this month is the first clip for 7500 supernatural thriller which will hit theaters later this summer, with supercharming Ryan Kwanten from TRUE BLOOD in the cast alongside Leslie Bibb, Amy Smart and quite forgotten Johnathon Schaech. The scary story of this thriller revolves around the passengers 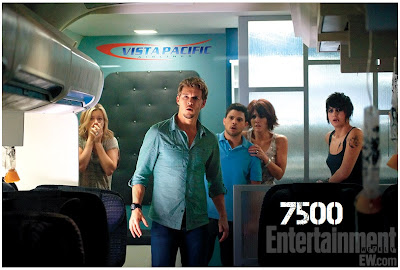 of Vista Pacific Flight 7500, who come to realize that an evil force is with them on the flight across the Pacific Ocean. Kwanten and Smart will co-star as married couple who board Vista Pacific Flight 7500 with their two longtime friends for a trip to Japan. Bibb is set to play a flight attendant on the transpacific liner, who is involved in a complicated and secret relationship. Sounds super scary, horrors in confined or isolated places have always been the only ones to attract me to watch them.


BAFTA 2012 FASHION REPORT
So, have you watched BAFTA 2012 awards  tonight? The ceremony of the British film awards usually doesn't have that much celebs at the red carpet, but definitely the most stylish one this year was Miss Piggy 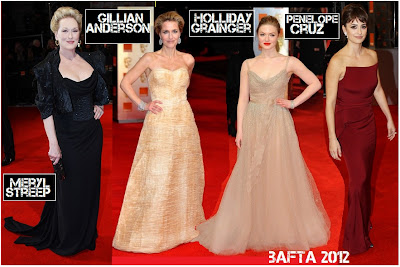 whose golden locks and mushroom grey dress stunned everyone at the red carpet :) Equally charming was Holliday Grainger from THE BORGIAS, who looked very tender and dreamy, while living legend Meryl Streep looked very seductive in her black corset gown. 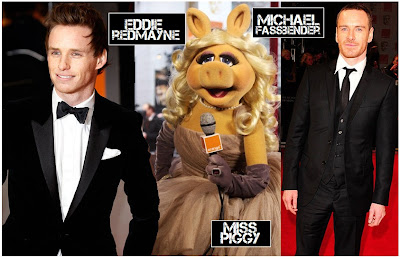 Penelope Cruz had interesting dark red dress, very simple, but refined, while Gillian Anderson also looked lovely in her beige dress. Viola Davis looked lavish in her pink gown, but had a bad hairdo, while the freak of the evening definitely was Hayley Atwell who 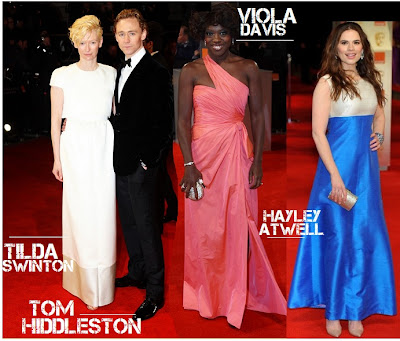 managed to put on herself the most abominable blue thing I've ever seen at any red carpet. When it comes to boys Eddie Redmayne, Michael Fassbender and Tom Hiddleston  were definitely the most dashing gents. You can find the winners here.
Posted by DEZMOND at 12:00 AM