I've mentioned this last year, but now it's official: Paramount has apparently bought the script for the movie adaptation of DEADLIEST WARRIOR TV show. The popular Spike TV Show has put history's greatest warriors against one another to determine who reigns supreme using modern science and the latest CGI technology, and comments 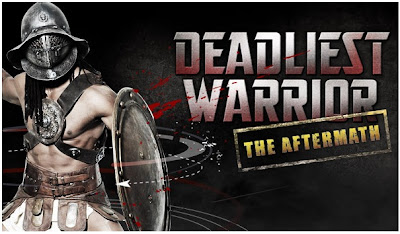 from world-class fighters, historians and weapons experts. The show had battles like Spartan vs Ninja, Viking vs Samurai, Pirate vs Knight, Comanche vs Mongol. They also had George Washington vs Napoleon Bonaparte, Theodore Roosevelt vs Lawrence of Arabia etc. It will be interesting to see how they will put this together in a live action film.


HOLLYWOOD SPY HEADLINES
You know this is the part of the year when big TV stations order their pilots, and I will have a spotlight on the upcoming pilots soon, but here are some of the brand new ones: according to "Digital Spy" Scott Speedman will lead ABC's pilot LAST RESORT, in which the story

will revolve around the crew of a nuclear submarine who become fugitives after refusing to fire nuclear missiles. Speedman will play an even-handed and moral officer, the second-in-command on the submarine. Another interesting pilot on ABC will be GILDED LILYS, which is set in 1895 and focuses on the first luxury hotel in New York. Produced by GREY'S ANATOMY creator, the pilot already has Brian O'Byrne (MILDRED PIERCE), Sarah Bolger (THE TUDORS), Madeline Zima (THE NANNY) and Blythe Danner in the cast. On the other hand, SPARTACUS super star Lucy Lawless will appear in Jane Campion's mini series TOP OF THE LAKE, alongside MAD MEN's Elisabeth Moss, Holy Hunter, Peter Mullan and David Wenham, with the story set in New Zealand's mountains and following what happens when a pregnant 12-year-old girl seen standing in a frozen lake goes missing.
You remember how THE MUPPETS made parodies on other blockbusters in a slate of trailers last year? Well, Ice Age producers have decided to do the same, by making a black and white trailer poking fun 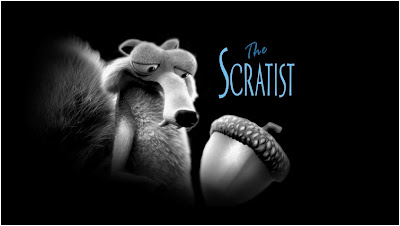 with the Oscar nominated THE ARTIST film in order to advertise ICE AGE CONTINENTAL DRIFT which comes out this July. Check out the delightful parody bellow. The fourth part of the super successful animated saga follows our beloved primordial animals battling  flood after the continental drift, caused by Scrat and his acorn, and also battling some unexpected ancient pirates.

PS don't forget to visit my dear Annezilla today who made me into a rainbow breathing dragon :) You gotta see that one.
Posted by DEZMOND at 12:00 AM