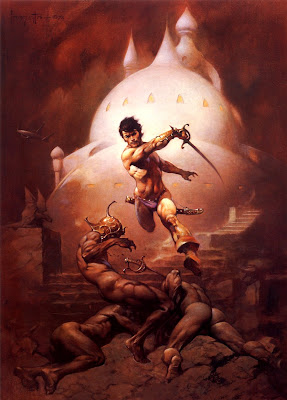 Disney's adaptation of "John Carter of Mars" keeps getting bigger and bigger. After signing in an amazing group of actors including Taylor Kitsch, Lynn Collins, Willem Dafoe, Dominic West, Samantha Morton and Polly Walker to star in the movie, now they've added three more to the cast.
James Purefoy will play Cantos Kan, the captain of the Xavarian, the kingdom of Helium's grand warship. Thomas Haden Church also joins the film as Tal Hajus, an ambitious and vicious Thark warrior who wants to be a ruler. The third new addition to the cast is Mark Strong who will portray Matai Shang, the ruler of the Thems, with a godlike status.
You can read more about the story of the whole movie in Hollywood Spy's previous update on "John Carter of Mars".
The movie is set to premiere in Summer 2012.
Posted by DEZMOND at 10:40 PM