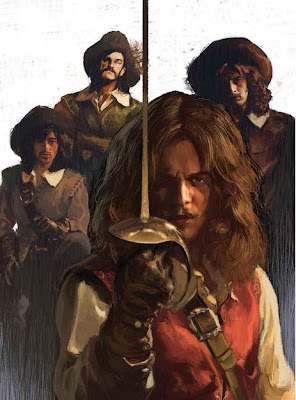 One of the news from "The Hollywood Reporter" states that Paul W.S. Anderson is preparing to direct "The Three Musketeers" which will be filmed in 3D. His plan is to make it more contemporary in terms of action, language and dynamics, but it will still be set in a period landscape.
Here's what he said himself: "We are modernizing THE THREE MUSKETEERS without compromising the fun of shooting a period piece. But in our film, corsets and feathered hats don't take the center stage. Our version is rich in eye-popping action, romance and adventure."
The shooting starts early next year with the possible premiere in 2011.
Although Hollywood Spy adores historical movies I'm really not sure whether we really need another adaptation of Dumas' novel. Can't they find anything more fresh???
Posted by DEZMOND at 6:20 PM