"GLEE" SCORES SUCCESS IN THE MUSIC CHARTS AS WELL 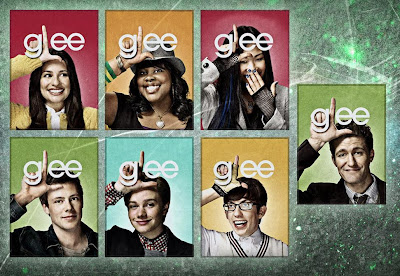 It seems that we were right when we predicted that the new musical teenage TV show "Glee" might have a huge success in the music market as well. Few weeks ago they sang their version of Rihanna's "Take a Bow" and now the song has hit Billboard's top 50 chart. After the show's premiere at the beginning of September, that song scored 53,000 downloads.
What's more, "Don't Stop Believing", a song that they covered in their pilot episode back in May, has entered the chart this week again. In the week after the pilot was aired this spring, this song got amazing 177,000 downloads. So it seems that the teenage musical misfits from "Glee" are not at all misfits when it comes to selling music to their TV fans.
Posted by DEZMOND at 5:46 PM