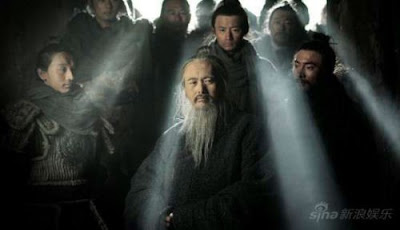 Over at my official YouTube channel you can watch the trailer for the upcoming Chinese historical saga "Confucius":
http://www.youtube.com/user/DAGONIGHT
Chow Yun Fat stars as the famous Chinese philosopher in a film which is dedicated to the celebration of the 60th anniversary of the People's Republic of China later this year. Apparently it is also Confucius' 2,560 birthday.
The trailer looks nice, and has some visually beautiful scenes, but of course it is not an action Asian movie. Congratulations to our brothers and sisters in the friendly land of China!
Posted by DEZMOND at 6:00 PM