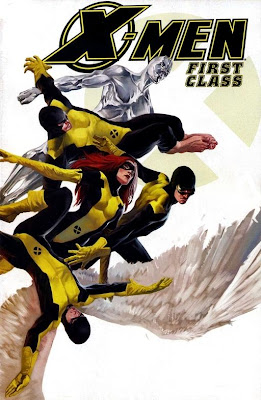 According to Tim Pocock who played the young Cyclops in "X-Men Origins: Wolverine", he might reprise his role in "X-Men: First Class" which might start shooting next year. The new installment in the franchise will probably bring a next generation of heroes into the popular series. The studio wants to use the younger heroes from previous films in the future project, all those teenagers with super powers who were students at Xavier's Institute. This means that the movie might have characters such are Iceman, Rogue, Colossus and Shadowcat.
I'm not sure whether I like this teenage craze going around Hollywood these days. Some time ago we had a lot of 40 and 50 year old actors saying they were out of job since the film industry prefers younger workers, but it seems that soon pimples and dipers will be the main criteria to get a role :)
Posted by DEZMOND at 6:12 PM