BEYONCE IN THE REMAKE OF "A STAR IS BORN"? 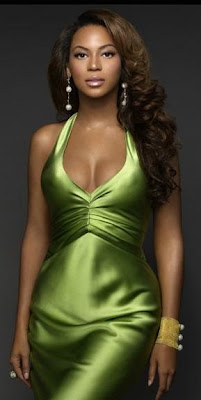 It seems that Warner Bros. is planning a remake of "A Star is Born", since they hired Will Fetters to draft a screenplay. According to The Hollywood Reporter, it will be a story set in the record business, and will focus on a showbiz ingenue who falls in love with a well known male music star, but then their careers move in opposite directions. Although nothing is official, the name of world's biggest music star Beyonce has been appearing in the gossips in connection with the lead role. The studio thinks that the modern era of celebrities who are followed by the media 24 hours a day makes it the perfect time for this project.
So will Beyonce portray Barbra Streisand's role from the 1976 classic? This year was tremendously successful for her since she had an amazing number of six world wide smash hits "If I Were a Boy", "Halo", "Single Ladies", "Sweet Dreams", "Diva" and now "Broken Hearted Girl", so maybe it's time to jump into a movie again for a change?
Posted by DEZMOND at 8:58 PM