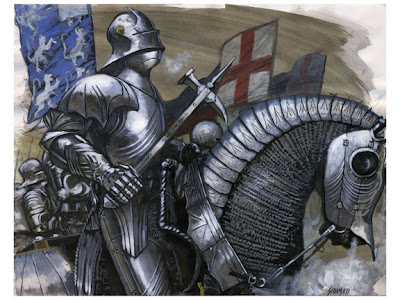 Back in April HOLLYWOOD SPY had published an exclusive story on the new medieval adventure "Ironclad". It is now official: the shooting starts next month in Wales. Directed by Jonathan English and starring James Purefoy as a knight Templar and Paul Giamatti as king John, this medieval action tells the story of a group of brave warriors who had to defend their castle from king John and his invading army in the 13th century.
Although he was forced to sign famous Magna Carta by his barons, giving more rights to the free-men, the despised king didn't follow his word. He assembled himself an army of mercenaries with the intention to bring the country back under his tyrannical rule. Rochester castle stood mighty in his way as a symbol of rebel's struggle for justice and freedom.
There were rumors that Megan Fox and William Mosley would play in "Ironclad" as well, but their involvement has not been confirmed so far.
Posted by DEZMOND at 3:24 PM