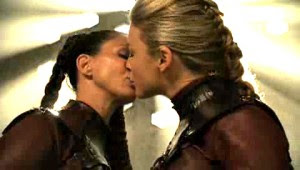 It seems that the new, second, season of the charming fantasy TV series "The Legend of the Seeker" which begins November 7th, will bring us much more of those ultra gorgeous Mord-Sith girls.
Not only that beautiful Tabrett Bethell, who played seductive Mord-Sith Cara in the first season is coming back b 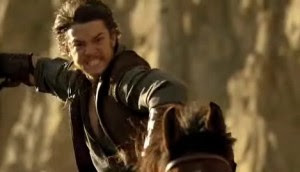 ut there will be a new one.
Cara will now become a regular tavelling companion of our trio, joining Richard, the Wizard and the Confessor in their quests. On the other hand, sexy Charisma Carpenter will appear in the first episode as another Mord-Sith, Triana. And if you didn't know, Mord-Sith are bad-ass female warriors who wear extremel 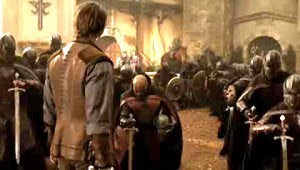 y tight dominatrix catsuits and take special pleasure in beating their male enemies :)
When it comes to Richard, the Seeker, after killing the evil tyrant he will discover that the absence of a ruler will cause a chaos in the three territories. He will also discover that by killing Darken Rahl he accidentally tore a rift in the veil between the world of living and the underworld releasing all kinds of new dangerous evil threats onto the surface. The Seeker will also find out some new things about the mysterious circumastances of his birth and come to some shocking revelations about his lineage. And yea, the Confessor and Cara will both start a war for his heart :))

You can see the trailer for the second season over at my official YouTube channel:
http://www.youtube.com/user/DAGONIGHT