TZARINA ELIZAVETA OF RUSSIA
SERIES ARRIVES THIS WEEK
After a very long wait and a justified delay, her imperial majesty the empress of Russia is finally arriving to court May 16th as Russian national broadcaster's new historical television series from the collection "Love Story. History of Russia" ELIZABETH (Елизавета) which tells about the fate of Empress Elizabeth, daughter of Peter I, who was only sixteen when her father left her in control of a huge empire, is ready to air and will air, as far as I understood every evening as a 12 part event series on Rossiya 1. For Elizabeth, the throne became a curse: against her will, the girl finds herself drawn into a whirlpool of palace 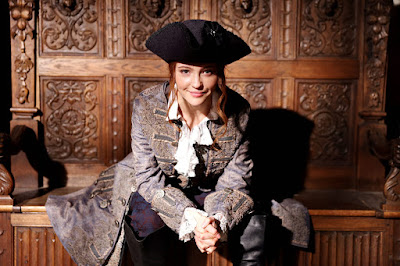 intrigues, where she is opposed by influential courtiers - Andrei Ivanovich Osterman, Alexander Danilovich Menshikov and even her own mother, Catherine I. The prequel to Catherine the Great (whose aunt in law she was) series will star Yulia Khlynina, Alexander Baluev, Agrippina Steklova, Alexey Agranovich, Victor Rakov, Kirill Cherny- shenko, Kirill Kuznetsov, Artem Klyuchni- kov, Denis Nurulin!
WHAT'S IT ABOUT?
On the eve of the death of the Russian Emperor Peter I, the courtiers and influential gentlemen close to him are interested only in the question concerning the next pretender to the throne. Beloved daughter Elizabeth, who is 16 years old, is forced to become 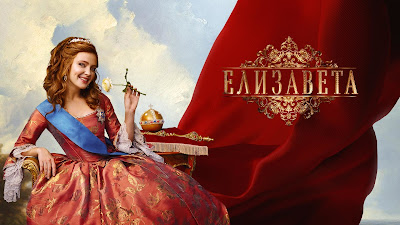 the head of a huge empire in accordance with her father's will. Her ascent to the imperial throne is accompanied by palace intrigues and conspiracies. 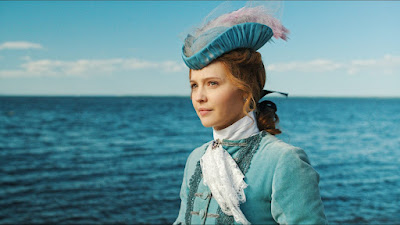 Courtiers Menshikov and Osterman are not losing hope and are dreaming of seeing a person close to them on the throne. Even her mother Catherine is 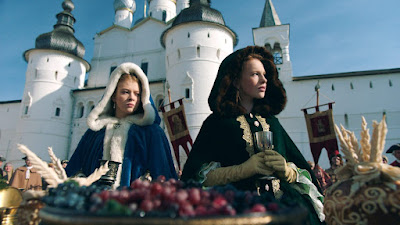 going to fight with her daughter for the right to rule. But despite their efforts, the last representative of the Romanov dynasty, a bright and charming lover of masquerades and balls, manages to master the science of diplomacy. Like an experienced diplomat, the Empress makes real maneuvers in the political sphere and achieves incredible success.
DEZZY'S HISTORY LESSON
After she managed to secure the throne for herself, Elizabeth of Russia (1709-1762), ruled her father Peter the Great's empire for two decades and to this date remains one of the most popular Russian monarchs because of her decision not to execute a single person during her reign, her numerous construction projects, and her 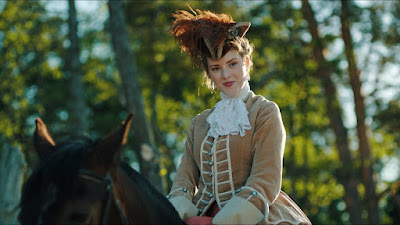 strong opposition to Prussian policies. During her reign Elizabeth continued the policies of her father and brought about a remarkable Age of 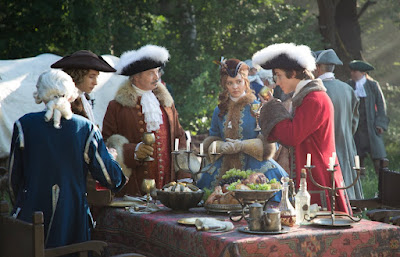 Enlightenment in Russia! She encouraged the opening of University of Moscow, the highest- ranking Russian educational institution, and the 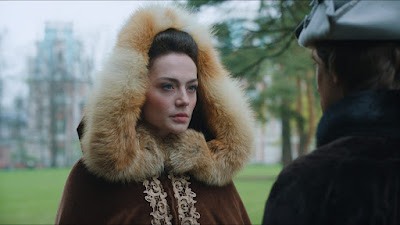 Imperial Academy of Arts! As the lover of arts herself she turned her court into one of the most splendid ones in all Europe, she built many magnificent 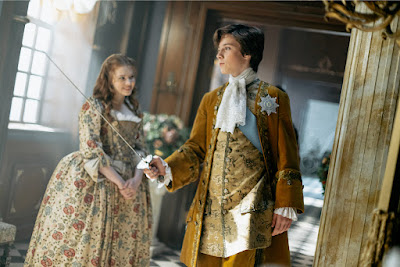 palaces including the legendary Winter Palace, but she also modernized Russia's roads. She never married, but she lived with a common serf 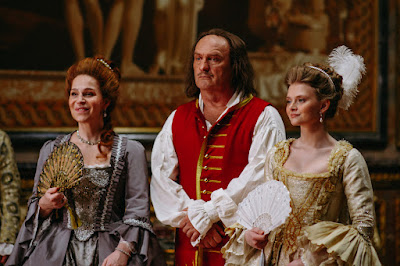 Razumovsky who never showed interested in power and was loyal to her. The airing rights have already been sold to Serbia, Bulgaria, Mexico and Mongolia. 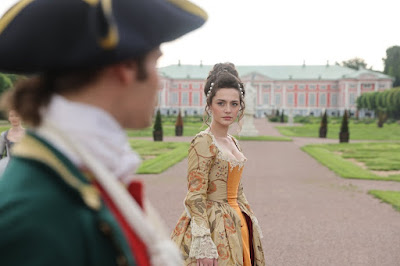 Check out the magnificent trailer below for the twelve part new historical series coming from Russia and tell us what you think: would you watch it and have you read novels about this part of Russian history?
Posted by DEZMOND at 11:00 AM