ESSEX SERPENT SERIES
ARRIVES THIS WEEK
Based on a Sarah Perry's book, Apple TV's six part mini series ESSEX SERPENT will arrive May 13th as the biggest premiere of a period set drama

in the upcoming week. The story will see Claire Danes playing London widow Cora Seaborne as she moves to Essex to investigate reports of a  mythical serpent. She forms an unlikely bond with the hot village vicar Will Ransome ( played by our dearest Tom Hiddleston whom we haven't actually seen in a historical show for almost ten years since his roles in Hollow Crown and Cranford), but when tragedy strikes, locals accuse her of attracting the creature! The cast of the mini series also includes Frank Dillane, Hayley Squires, Clémence Poésy, Jamael Westman, Dixie Egerickx and Michael Jibson. You can see an explosive first trailer below for this atmospheric new historical series!

NEWLY WIDOWED CORA
(Claire Danes) arrives at the small village of Aldwinter in Essex, ready for a fresh start after her husband's death released her from an abusive marriage. 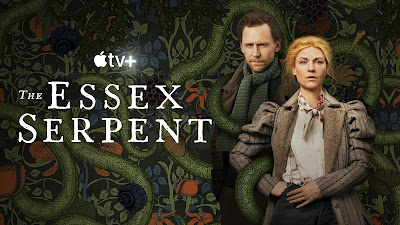 She soon becomes intrigued by a local superstition about a mythical creature known as  the Essex Serpent that has allegedly returned to the area. 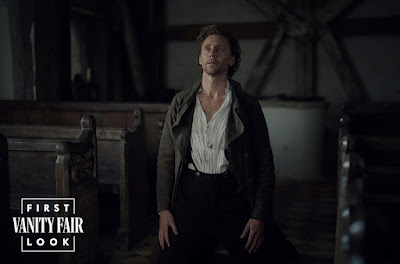 Meanwhile, trusted community leader Will Ransom (Tom Hiddleston) has to deal with the mysterious rumours as they begin to spread. 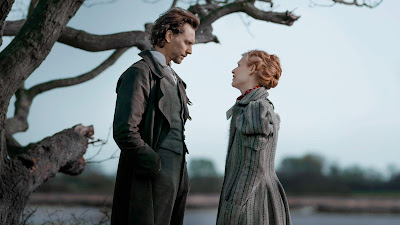 DID YOU KNOW?
The series comes from See Saw Films who also did Slow Horses series for Apple TV +. The series will open with two episodes and the remaining

four episodes will then stream weekly till mid June. Clio Barnard who directed the series, is also serving as the executive producer of the show that 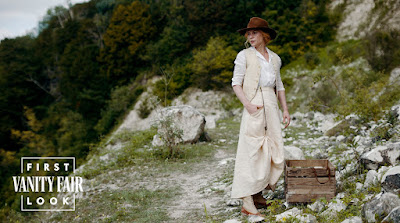 was shot last spring and summer in Essex. When it comes to other historical series at Apple TV, we can also expect from them Steven Spielberg's 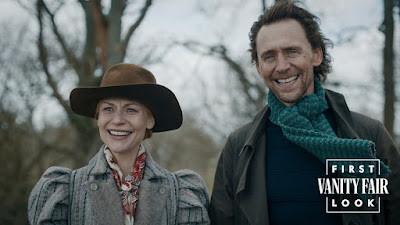 Masters of the Air World War II series with Callum Turner a tie up to legendary Band of Brothers, but this time about pilots. Check out The Essex Serpent trailer below and tell us what you think:
Posted by DEZMOND at 11:00 AM

I've been seeing a lot of shows coming from Apple. We may have to break down and get it. lol

It has better shows than Peacock certainly.

I am not a fan of Danes. I think she has as much charisma as a wet paper towel, but I actually feel compelled to watch this after seeing the trailer.

I have never understood how she even gets work and how is she more famous than her husband Hugh Dancy.

It's mind boggling how the likes of her, and Kidman, and Gertrude get the work that they do. I guess it pays to have friends in high places?

And some people really find them talented. Danes even has tons of Emmys methinks.

It is still airing weekly, I have the first two eps downloaded.