THE COURT IS READY FOR SESSION IN THE TWELVE MINI TV SERIES WITH SAM NEILL! SEE THE POSTERS AND TRAILER

THE TWELVE SERIES
STARTS THIS JUNE
You already know that your trusted spy loves everything Australian, their actors, films and shows, so let us rejoice together in the news that June 21st over at Foxtel new event series THE TWELVE finally starts starring Sam Neill as the judge in this courtroom drama that tells the story of 12 ordinary Australians who are selected for jury duty in a murder trial as traumatising as it is controversial, in which a woman stands accused of killing her teenage niece. Behind the façade of their anonymity, these twelve ordinary people bring with them their own histories. Lives that are as complex as the trial, full of dreams, secrets, hope, fears, personal trauma, and prejudice. Through the multiple lenses of these jurors, audiences will see the fragility and imbalances of the law, and the chaotic and flawed way we attempt to determine justice in our society. Over ten episodes the limited 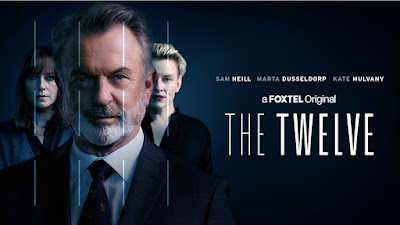 series will explore the lives and loves of the people who will decide the fate of the accused, their histories, their conflicts, their families, their secrets. This includes a gentle suburban mum whose husband’s adoration may be hiding coercion, a builder torn away from his responsibilities, a star student 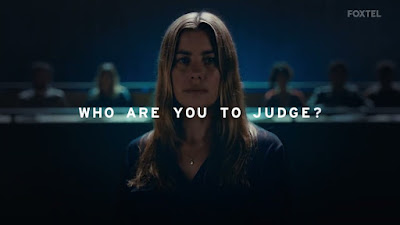 struggling with being a role model to his indigenous community, a chronic gambler with money problems and a brash millennial plagued by traumatic memories. The values they bring and the challenges they confront will shape the different ways they react to the unfolding trial.

The jury is everything. #TheTwelve

Jury duty will commence June 21 for the new Foxtel Original series, The Twelve, on Foxtel. pic.twitter.com/aY8ecVBYEG