FUNNY WOMAN TRAILER
FOR GEMMA ARTERTON COMEDY
Although it will be out only in October, Sky has released a trailer for Gemma Arterton's period set comedy series FUNNY WOMAN, a six episode show that also stars Rupert Everett and Tom Bateman! It's the 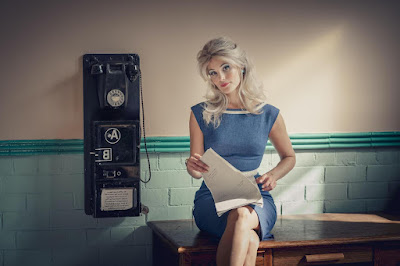 height of the swinging 60s and Barbara Parker has just been crowned Miss Blackpool - but there's got to be more to life than being a beauty queen in a seaside town, right? She wants to be... someone. The bright lights of London 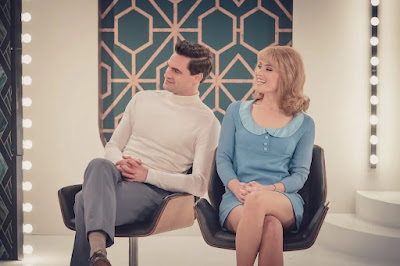 are calling, and our determined hero sets off to find out who that someone is. The London she encounters is not as quite as swinging as the one she'd read about and seen on TV. However, after a series of setbacks Barbara finds 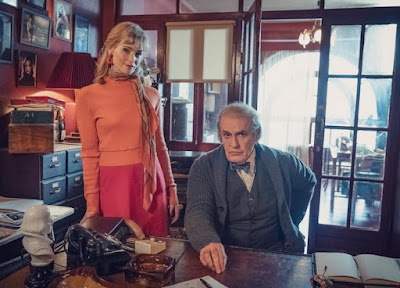 herself in unfamiliar territory - an audition for a TV comedy show. Barbara's uncompromising northern wit proves to be the X factor that the show has been missing. She gets the part and becomes part of a ground-breaking new sitcom which will have an impact on British comedy for decades to come. 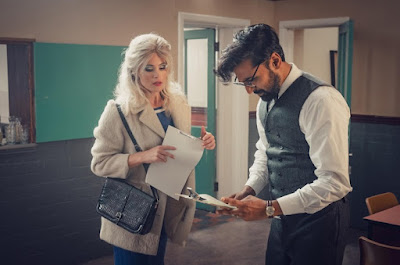 Being a woman in a largely male environment has its own challenges, but as Barbara 'finds her funny' she re-defines the prevailing attitude to funny women and in the process, reinvents herself. Famous writer Nick Hornby is producing and writing the series.

this I want to see. I think it would be more realistic than Mrs. Maisel in exploring the difficulties women found in breaking into the world of comedy.

This one looks cute! Nothing is ever what it seems to be.

I like stories about women trailblazers who didn't get ahead by sleeping around or using their bodies for attention. Funny women are my kind of women, so I'd like this one, I'm sure.

Brits do always make it better than Amuricans.

The cast is quite lovely!

Not that sleeping around is necessarily a bad thing LOL

Now I wish we had SKY!

They have it in Germany actually.

It used to be the norm, but lately both ....It's why, I'm hooked in Continental stuff, they may not be as expensive, but are more genuine.

Yes, I haven't watched anything from BBC in two years probably and the projects they are announcing these days don't seem watchable either. I also haven't found a single promising thing during the US networks' upfronts last week. They even killed sitcoms, so I will have nothing to laugh with neither, sadly. We'd be doomed without streamers.