SEE THE TEASER FOR NETFLIX NEW 14TH CENTURY SET SPANISH SAGA HEIRS TO THE LAND A FOLLOW UP TO LEGENDARY CATHEDRAL OF THE SEA SERIES!

HEIRS TO THE LAND SERIES
ARRIVING APRIL TO NETFLIX
After last year's The Cook of Castamar, which was semiboring but watchable, we are getting another period set series coming to Netflix from Spain and this time it will be HEIRS TO THE LAND (Los Herederos De La Tierra) a follow up to the glorious historical drama Cathe- dral of the Sea which we watched a few years ago. It will also be based on the novels by Ilde- fonso Falcones just like Cathedral del Mar was. It is interesting that Netflix, who will stream the new eight part series on April 15th, will have exclusive first window rights to the new series for 12 months, after which the drama will also be available on 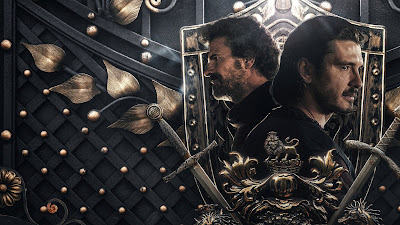 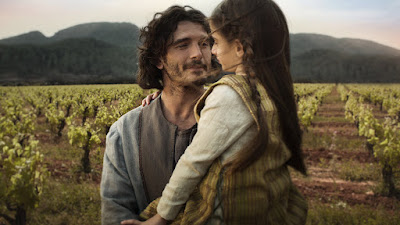 Manel Sans, Mercedes León and Natalia Sánchez.If it proves successful with the audiences around the world, the series could get a second season order, but given that Netflix has given almost no marketing to this new series, we 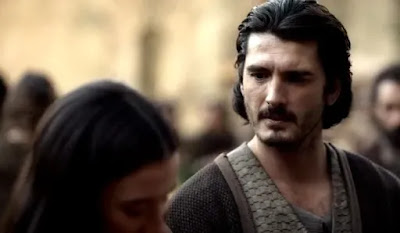 probably shouldn't be overly optimistic, but you never know, the books have millions of fans around the world and have been translated in many different languages.
THE SERIES THAT FOLLOWS
a resourceful young Hugo Llor who works to make a name for himself in 14th-century Barcelona while keeping a vow he made to the Estanyol family, sees 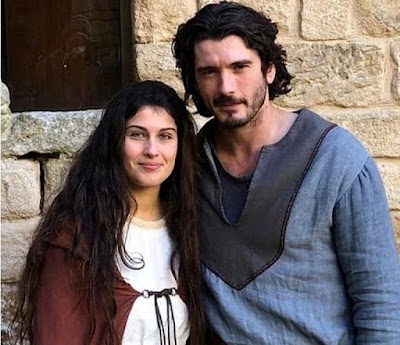 the 12-year-old boy as the main protagonist who struggles to fulfil his dream of becoming a shipbuilding craftsman. The new Spanish Netflix series takes us to Barcelona at the end of the 14th century and tells the story of the young 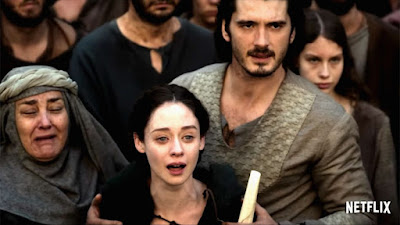 Hugo Llor (David Solans and Yon González), the son of a deceased sailor, who works in the shipyards thanks to the generosity of one of the most respected men of the city: Arnau Estanyol (Aitor Luna). His dream of 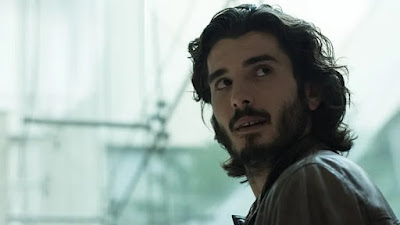 becoming a shipbuilder will be truncated when the Puig family, a staunch enemy of his mentor, takes advantage of his position before the new king to carry out a revenge that they had been cherishing for years.
Posted by DEZMOND at 11:00 AM

Why wouldn't they market it? Even a strong fanbase for a book series won't magically know about the series. It's like they're setting it up for failure.

They never really invest in marketing for foreign shows, sometimes I have really hard time even discovering it will be streaming as they do not even announce its production like with this one, and I am the spy! I would like to do another spotlight on it ahead of the airing but I don't think we will get any posters for it given that it won't first air in Spain.

I hated the Sea Cathedral (both book and series). This one reeks already.

Ya have? I remember really loving the first five or six episodes, probably my fave of Spanish series ever, and then at episode 6 or 7 everything goes downfreakinghill and they inexplicably change the lead character and the way he behaves. That left me feeling empty and aghast and just flabbergasted. I did like the male lead, and I think I will love this boy too, he seems stunning. Hope it won't be too depressive, though.

The book was ponderous ad heavy (it fell on my foot and it hurt.) I had no beef with the protagonist, poor kid. I resented the combination of historical revisionism, historical falsehoods, and extreme violence that mostly targeted women. It made the series very upsetting, add darkness and uglyness everywhere and in everything.

Yes. it was so violent in every respect, but in my experience Spanish series are always like that which is why I don't really like them. I remember that horrid scene in Plague season one when those hoodloms in the street undress that noble woman and almost rape her, it seems to me like the Spanish producers enjoy such horrid things.

Since I enjoy gangster flicks, I’d be a hypocrite to denounce violence, but there is a moment when the storyline fails, and characters become so unengaging that you start to resent graphic gratuitous violence. it’s why I gave up in Peaky Blinders. If you ask Spaniard producers, they’ll tell you that their extreme violence/sex content is there to compete with American productions. They are right, at the turn of the century (80s and 90s) they made the best customers in Europe (barring England) because they concentrated in literary adaptations. But even now, they can produce good stuff like Isabel and Time In-Between, but of course they were made prior to this chaotic government.

I have never managed to find Isabel and also Ines of my Soul, even the second season of La Peste is impossible to find, not that I would like to watch that grim mess. Given how violent Spanish history was I always rather thought they carry that penchant for gore, rape and butchering in their genes. Just remember their wars with Muslims on Pyrenean peninsula, or what they did in Southern America....

Isabel is free in RTVE, but no subtitles. La Peste was such an embarrassment, I’m not surprised they won’t show it anywhere.
Gattocito don’t let the Hispanophobia of the Black Legend blind you. Spaniards are no more violent than their European neighbors, Spanish history is no less violent. In fact, their crime rates are lower than several countries in the world. I wouldn’t hold their Reconquista Wars against them. After all Arabs invaded the peninsula and it took the Spaniards seven centuries to send them back to Africa. Those wars were brutal (and sometimes courteous) on both sides. In fact, Arab kingdoms fought each other, and many a time Spaniards found themselves allying themselves to Arab rulers. And I don’t have to remember Southern America since I come from there. I’m not one to applaud colonialism, although when I see the way, it worked in non-Spanish America, I’m glad the Spanish colonized us. I’m not excusing the death of millions of Indigenous people (the majority of those deaths caused by diseases the Europeans brought with them), but I do remember that those were centuries when savagery was all over the place. On the other hand, ethnic cleansing was practiced throughout the Americas in the last two hundred years when Spaniards were not no longer there to blame for it.

What do you think Southern America would look like today if you were never colonized?

Netflix probably figures since the books already had fans, they might be banking on word of mouth instead of reaching into their deep pockets to shell out some money for advertising. And those bastards just raised their rates again. Like, what are you doing with all that money if you can't promote the shows you stream?

It's a difficult conjecture.Most of South America would have been the habitat of many primitive tribes similar to the Papuans in New Guinea and the Yanomamo in the Amazon.” In South America there was only one empire, the Incas, and they were a sort of a neolithic civilization, with great a knowledge in certain disciplines, but a very simple social structure. They lacked gears that would have sent them into a Bronze or Iron Age such as wheels, iron tools, writing system and codified laws. I don’t think they would have lasted long. And once the Sail Age began, European civilizations were bound to come. It’s Darwinian.

It is interesting how civilization develops in some places and in some not or not so well. And that we still have places today with primitive tribes living in their own time and age.

I don't think that they even think of spending any monies on marketing, it is a miracle how their shows even score any success. And it is not as if they don't have the funds.
I've read about their new rules according to which all of you who share passwords with others will have to pay more and they already calculated that they might score more than 2 billion bucks through such penalties.

Corporate greed at its finest.