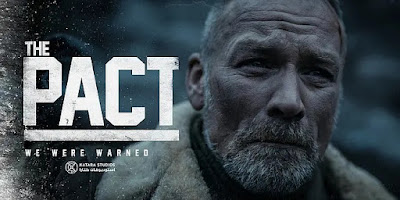 THE PACT SF TV SERIES
WE WERE WARNED!
I don't think we have ever had anything from Qatar here before, but there is first time for everything as the spy really is world's number one place for all international epic, period set and sf projects so here is our offer for today: six part English language sf series THE PACT from Qatar based Katara Studios will be available on Roku Channel (the home of free and premium entertainment on the Roku hardware and software platform) in U.S., U.K. and Canada from March 26, 2022, and will be released to the rest of the world later in July. Rick Ravanello, James Marshall, Robert Knepper, Natassia Malthe, Holt Boggs, Louis Mandylor, and Eyad Hourani lead the main cast. 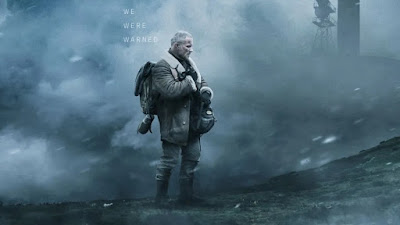 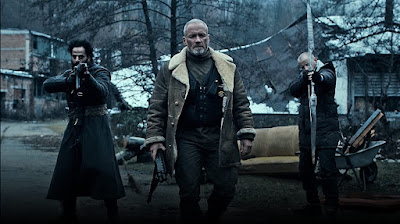 Miasma, a mysterious fog that drives victims insane. A terrible revelation sets humankind on a path to self-destruction. A terrifying journey into the unknown for a group of people bound together by hope alone!
DMZ TV SERIES TRAILER
WITH ROSARIO DAWSON
Speaking of sf shows, beside the gossips that Amazon Prime is preparing the TV series adaptation of God of War video game, HBO Max has already prepared a mini series adaptation of DMZ apocalyptic graphic novel and today we have the first trailer. The story takes place in the near future in a version of the United States that has been torn apart by a second civil war. Rosario Dawson plays a medic who must sneak into Manhattan, which has been turned into a demilitarized zone and is now overgrown in plants and filled with dangers, to reunite with her son after the two were separated when the city was evacuated. Benjamin Bratt also stars. The four episode series arrives March 17th!
Posted by DEZMOND at 11:00 AM