'THE NUT JOB 2' TRAILER
NUTTY BY NATURE!
We're family friendly today, people! I shall first entertain you younglings with the first trailer for animated sequel THE NUT JOB 2: 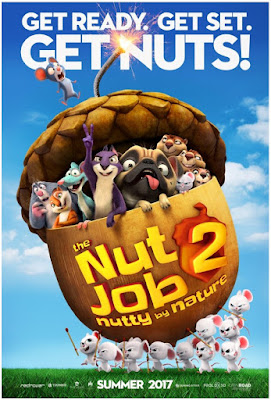 NUTTY BY NATURE which will squirrel its way into theatres sometime next August with the voices of Katherine Heigl, Jackie Chan and Will Arnett.
Surly and his friends, Buddy, Andie and Precious discover that the mayor of Oakton City is cracking one big hustle to build a giant yet quite shabby amusement park, which in turn will bulldoze their home, which is the city park, and it's up to them and the rest of the park animals to stop the mayor, along with his daughter and a mad animal control officer from getting away with his scheme, and take back the park. 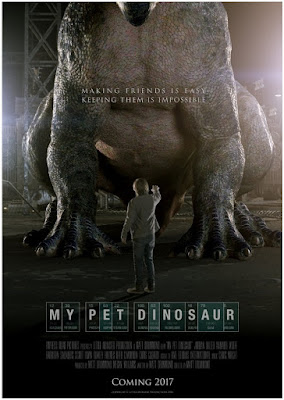 A NEW FAMILY MOVIE
You can also check out the first poster and trailer for Australian family adventure MY PET DINOSAUR which should arrive into cinemas Down Under in April set in a troubled little town which is plunged into chaos when a boy accidentally makes a new friend. As you can see in the trailer he creates a dinosaur which adults, naturally, immediately want to kill and roast :(