MICHAEL FASSBENDER
'IRISH MYTHS' EPIC MOVIE PROJECT IS STILL ON!
Five years ago your spy informed you that Michael Fassbender is preparing an epic film on Irish hero CUCHULAIN. Speaking to British Digital Spy Fassy, who is currently portraying

another hero from Assassins' Creed in cinemas, has revealed last week that he is still working on that project, but it seems the theme has spread to wider Irish mythology,  as a big screen movie now called IRISH MYTHS. The epic movie would be based on the rich world of ancient Irish mythology with Cuchulain, Gaelic parallel to Greek Achilles, being one of the characters from the world in which men and women fight as equals alongside each other and the connection to nature and the animal world is a very real one.
DEZZY'S HISTORY LESSON
Cuchulain is the central character in the Ulster Cycle, an epic series of Old Irish legends that date from around the 8th century. Set in the northern part of Ireland, the saga relates the story of the Ulaid tribe headed by King Conchobar, and particularly its conflict with the rival Connachta tribe led by Queen Mebh. The 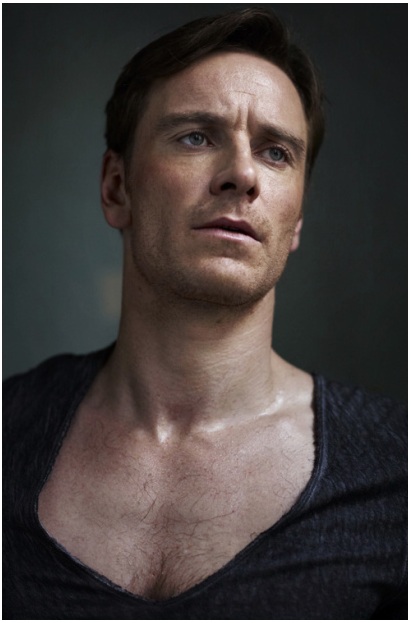 most prominent figure in the legends is Conchobar's nephew Cuchulain, who has semi-divine ancestry and superhuman fighting skills. In the most famous story, known as the Cattle Raid of Cooley, he is the only man capable of resisting the vast army sent by Medb to steal Conchobar's prized white bull.

I love Celtic mythology so "Irish Myths" would be right up my alley! I like Michael Fassbender too but lately his movies have not made full use of his talents, in my opinion.

have they ever? He either plays in some silly overrated dramas which study sex to attract attention or in some sillyass actions movies like Prometheus. I did love that he put OCEAN BETWEEN US in his list of roles and also ASSASSIN'S CREED. And let us not forget how great he was in 300! Nobody, but Dezzy, remembers him from that one which also had my eternal lurv Tom Wisdom in it :)

I don't know much about Irish mythology. This film would probably be a good one to see to learn a little more about it.

Cuchulain is one of my favourites!

Does he smile in this movie?

how does one pronounce the name, Fran?

he does look better grumpy

I do love all things Irish, so Irish Myths sounds like my kind of movie!

An interesting piece of mythology indeed.

hope it really gets made

I wish I did too.

I, on the other hand, do look better when I'm not smiling

This one is a must see! I love mithology and Cuchulainn is one of my heroes :) Being a Fassbender fan, it´s gold over blue!!

glad to see you excited about it, Rog!

Is that a fact?

All the Shin Megami fans would be rushing to watch this.

It's actually a combination of "Cú" (pronounced Coo meaning Hound) and "Chulainn" (pronounced cul-in kind of like Colin, and was a man's name); combined they mean Culann's Hound.

His actual name is Sétanta, but when quite young he killed a man named Culann's huge wolf hound with nothing but a hurl and sliotar (similar to a baseball and curved baseball bat). He agreed to act as Culann's guard dog until a replacement was trained, and recieved his better known nickname.

so its /kukulin/, thanks for the explanation, I should've known it is very shortened in pronunciation! Hope the project doesn't die in some drawer!

As long as he uses the Thin Lizzy song Black Rose...

Tell me the legends of long ago
When the kings and queens would dance in the realm of the Black Rose
Play me the melodies I want to know
So I can teach my children, oh

Read 'The Tain.'That will give you an idea about what Michael Fassbinder is working on. If he can pull this off, this may be a great film.
The story is very elemental, even raw. It needs a bit of delicacy, for the tale has some horrific elements. If that's handled well, the film will be more widely seen.

I think he forgot about the project in the meantime, but there is always hope!