'MY COUSIN RACHEL' TRAILER
RACHEL WEISZ PLAYS GOTHIC GAMES WITH SAM CLAFLIN
Here's something we've been waiting for, for a very long time, the first trailer for period set adaptation MY COUSIN RACHEL based on the famous novel by Daphne Du Maurier which 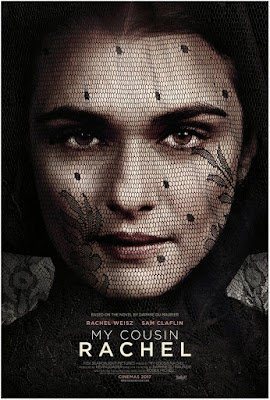 opens up in European cinemas this June starring Sam Claflin and Rachel Weisz.

Also starring Iain Glen and Holliday Grainger, the movie will see Sam Claflin in the role of  a young Englishman who, after inheriting a rich Cornish estate, secretly plots revenge against his mysterious, beautiful cousin, played by Rachel Weisz, believing that she murdered his guardian. But his feelings become complicated as he finds himself falling under the beguiling spell of her seductive charms. Notting Hill's Roger Michell is directing! Check out the gorgeously atmospheric trailer with amazing Wicked Games cover from Ursine Vulpine and Annaca! I admit it is my most anticipated movie this year! 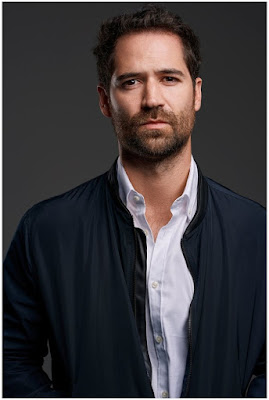 Meanwhile, the latest actor to join the stellar cast of Kenneth Branagh's Agatha Christie movie adaptation MURDER ON THE ORIENT EXPRESS is hunky Manuel Garcia Rulfo who will play Marquez in the cast that already includes Branagh as famous detective Hercule Poirot who is investigating a murder of a wealthy American on the luxurious train the Orient Express stuck in the middle of Yugoslavia during blizzard, alongside Judi Dench as Princess Dragomiroff, Derek Jacobi, Johnny Depp, Willem Dafoe, Olivia Colman, Michelle Pfeiffer, Tom Bateman, Daisy Ridley, Penelope Cruz, Josh Gad and Leslie Odom Jr!
Posted by DEZMOND at 1:30 PM