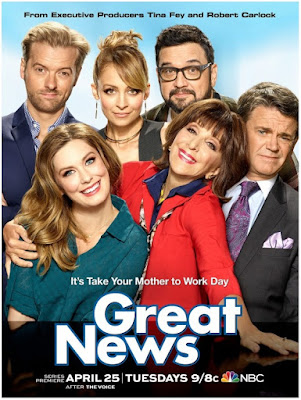 NEWS which will start airing at NBC April 25th!
Getting along with office colleagues can be rough, but working with your mom? That’s a whole different story, and it’s the headline for Katie Wendelson (Briga Heelan), a smart, ambitious news producer at national cable news show “The Breakdown.” After 30 years of being a stay at home mom, Carol (Andrea Martin) decides that it’s never too late to follow your dreams and lands an internship at her daughter’s news

show. This is Katie’s worst nightmare, until she comes to realize that with her biggest cheerleader at her side, she and her mom both might just make it after all. Sitting in the co-anchor chair at “The Breakdown” is Chuck Pierce (John Michael Higgins), the blowhard, difficult to 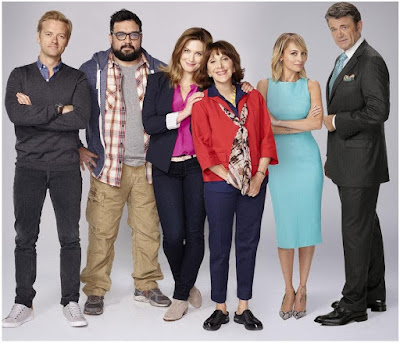 please news desk veteran. Chuck intimidates everyone on staff except for Carol, who uses her polished mom skills to deal with him. Alongside him is Portia (Nicole Richie), the young, very hip co-host who brings a different perspective to old fashioned journalism. Leading the news team is Greg (Adam Campbell), the dashing young executive

producer. Katie’s closest friend at the office is Justin (Horatio Sanz), the laid back video editor who has seen it all and is always more than happy to dole out his zenlike advice. Rounding out the newsroom is Beth (Tracey Wigfield), the creepy resident meteorologist who is far from your stereotypical weather girl.


'BAKERY IN BROOKLYN'
ROMANTIC COMEDY TRAILER
Out this weekend in USA cinemas is romantic family comedy BAKERY IN BROOKLYN starring Aimee Teegarden in the story of  Vivien and Chloe, two very different cousins living in Brooklyn 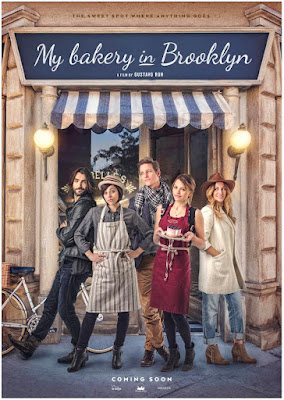 who have been inseparable ever since they were children. At least, they were until recently. The sudden passing of their Aunt Isabelle has left them with a challenging inheritance: their aunt's quaint Boulangerie, named Isabelle's. Vivien, who has postponed her dream trip to Europe to help run the shop, wants to keep things traditional, but Chloe, who works as Fernando's assistant, a chef for a popular daytime cooking TV show, feels they should put a modern spin on things. But when the bank reveals that the Boulangerie is in danger of being foreclosed, Vivien and Chloe must put 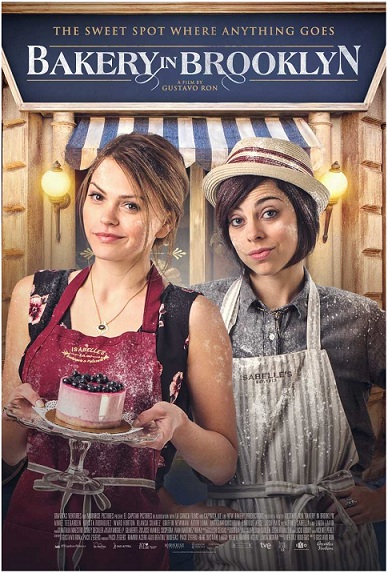 the baking mitts down to preserve their family's legacy. Vivien tries to deceive the bank pretending that Dave, her now widower uncle, lives on the boulangerie after the loss of his home by the debts, being helped by Paul, the agent sent by the bank. The trouble increases when Paul shows a love interest by Vivien, meanwhile Fernando and Chloe ...