PREMIUM SPOTLIGHT ON TSUI HARK'S EPIC FANTASY ADVENTURE 'JOURNEY TO THE WEST 2: CONQUERING THE DEMONS' WITH TEASER AND POSTERS

'JOURNEY TO THE WEST 2'
FIRST TEASER AND POSTERS!
Since Tinseltown is still sleeping and hasn't yet noticed that the new year has come, your trusted spy will again sail into the international 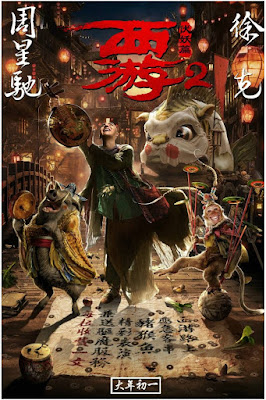 waters to entertain you: today you can check out first, very silly, teaser and lovely posters for upcoming Asian fairy tale comedy adventure JOURNEY TO THE WEST 2: CONQUERING THE DEMONS, a sequel to the massively popular 2013 original movie, but this time directed by famous Chinese movie maker Tsui Hark! The very expensive (the budget of above $60 million is rather high for Chinese movies) mix of fantasy adventure and comedy should open in motherland China cinemas later this month ahead of their New Year festivities! 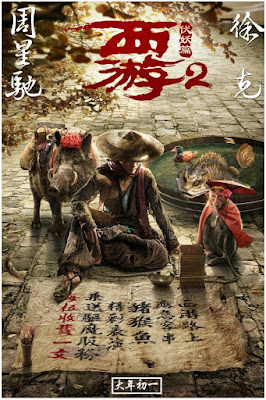 DEMON CHAPTER
Starring pop star Kris Wu, Lin Gengxin, Yao Chen and Mengke Bateer it follows Tang Monk who brings three disciples on a journey to the West. On the outside, everything seems harmonious. However, tension is present beneath the surface, and their hearts and minds are not in agreement. After a series of demon capturing events, the monk and his disciples gain mutual understanding of each others' hardships and unease. Finally, they resolve their inner conflict and work together to become an all conquering, demon exorcising team.


DIRECTED BY TSUI HARK
The first major collaboration between the "King of Comedy" actor turned director Stephen Chow, who wrote the movie and is producing 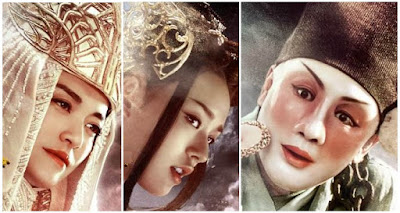 it, and wuxia film wizard Tsui, who is helming it, will be distributed internationally, including North America, United Kingdom, Australia and most of Asia, by Sony Pictures. Since it is being released in China 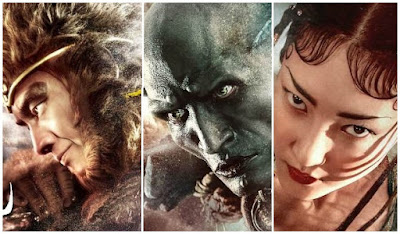 on Chinese New Year, which is traditionally the most profitable cinema period in the year over there, you can expect record breaking earnings.