EMILIA CLARKE
TO LEAD 'THE BEAUTY INSIDE'

After one of last year's most beautiful movies Me Before You, it looks like Emilia Clarke will stay in the romantic genre since, as 'Deadline' reports, she has just accepted a role in THE BEAUTY INSIDE a remake of a Korean romantic movie. Fox has paid a multimillion price for the movie pitch which will be used for the script (to be written by The Fault in Our Stars scribes) with the story following a man who wakes up in a different body each day and has to stay connected to the woman he loves. As you know, Emilia has also joined Alden Ehrenreich in the new Han Solo Star Wars spinoff movie.


'THE PASSAGE' SF SAGA
TO BECOME NEW TV SERIES
If you like post apocalyptic shows, here's one for you: Fox has ordered a pilot for a TV series based on Justin Cronin's fantasy saga THE PASSAGE which has three books out so far following a young 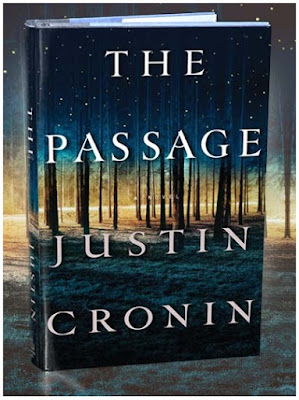 girl named Amy who must save the human race! The story begins in the near future and details an apocalyptic and, later, post apocalyptic world that is overrun by vampire like beings who are infected by a highly contagious virus. What begins as a project to develop a new immunity boosting drug based on a virus carried by an unnamed species of bat in South America eventually becomes the virus that transforms the world. The novel begins in 2016 and spans more than ninety years, as colonies of humans attempt to live in a world filled with superhuman creatures who are continually on the hunt for fresh blood.


'HATTON GARDEN JOB' TRAILER
MATTHEW GOODE, STEPHEN MOYER AND JOELY RICHARDSON
You can also check out the first trailer for this April's British action comedy movie THE HATTON GARDEN JOB with Matthew Goode and Stephen Moyer, Joely Richardson in the cast. The story is set in 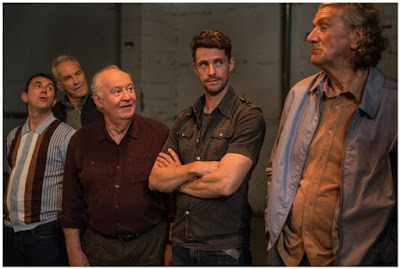 April 2015 when something unusual happened: the Hatton Garden Safe Deposit Company, an underground safe deposit facility in London's Hatton Garden area, was burgled by 4 elderly men. With the total 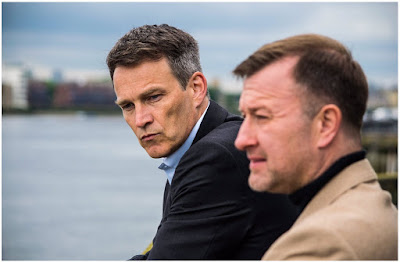 stolen money possibly close to a value of up to £200 million, the incident has been called the "largest burglary in English legal history."