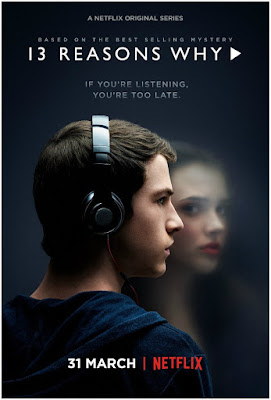 Netflix has released the first poster and trailer for their March 31st series 13 REASONS WHY the adaptation of Jay Asher's YA bestseller!
The series follows teenager Clay Jensen (Dylan Minnette) as he returns home from school to find a mysterious box with his name on it lying on his porch. Inside he discovers cassette tapes recorded by Hannah Baker (Katherine Langford), his classmate and crush, who tragically committed suicide two weeks earlier. On tape, Hannah explains that there are thirteen reasons why she decided to end her life. Will Clay be one of them? If he listens, he’ll find out how he made the list. 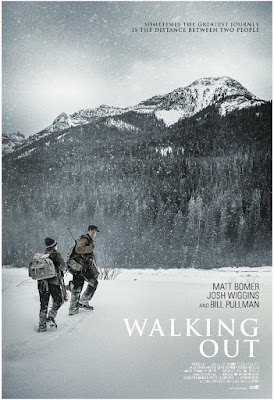 You can also check out the new poster for mystery action thriller WALKING OUT which is currently showing over at Sundance Film Festival starring Matt Bomer and Bill Pullman.  Based on an American short story, Walking Out, it follows David (Josh Wiggins), an urban teenager's journey to rural Montana to go hunt big game with his estranged, 'off the grid' father, Cal (Matt Bomer). As they ascend deep into the wilderness, father and son struggle to connect on any level. A brutal encountering leaves them both with serious injuries and changes suddenly everything.