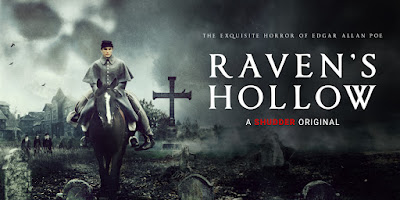 RAVEN'S HOLLOW TRAILER
WITH WILLIAM MOSELEY
I know Halloween is still far away, but if you happen to be in the mood for something spooky, today's spotlight is just your thing: today I am bringing you a trailer for RAVEN'S HOLLOW period set horror movie which will have its world premiere at Fright Fest in UK August 27th before streaming on AMC's horror oriented streamer Shudder from September 22nd. Our dearest William Moseley leads the movie inspired by an incident in the life of American mystery writer Edgar Allan Poe when he was a West Point military cadet in 1830. Callum Woodhouse from The Durrells and All Creatures Great and Small also stars.
THE STORY OF RAVEN'S HOLLOW
West Point military Cadet Edgar Allan Poe and four other cadets on a training exercise in upstate New York come upon a man eviscerated on a 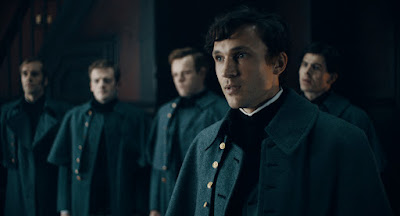 bizarre wooden rack. His dying words direct them to a forgotten community, which they believe is guarding sinister secrets. Enthralled by the Innkeeper's 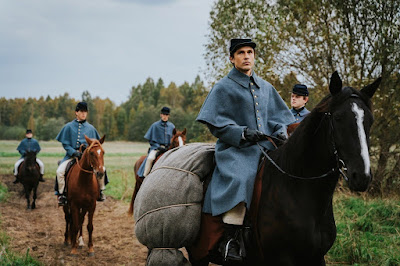 beautiful and mysterious daughter Charlotte and fueled by the town resident's refusal to speak to the murder, Poe determines to uncover the truth. Risking 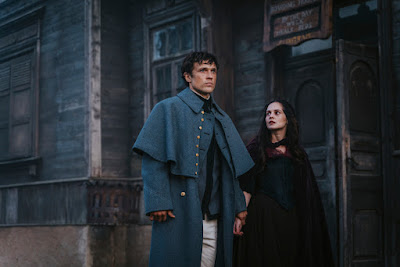 his life and more, Poe ultimately comes face to face with the terror that will haunt him forever. You can check out the frightening trailer for the movie below and tell us what you think: will you give it a go or a miss?
Posted by DEZMOND at 5:21 PM