THE DECAMERON SERIES
ORDERED AT NETFLIX
Netflix has ordered an eight episode series from Jenji Kohan and Kathleen Jordan loosely based on Boccaccio's THE DECAMERON! Set in 1348 when the Black Death, the deadliest pandemic in human history which killed as many as 200 million people, strikes hard in the city of Florence. A handful of nobles are invited to retreat with their servants to a grand villa in 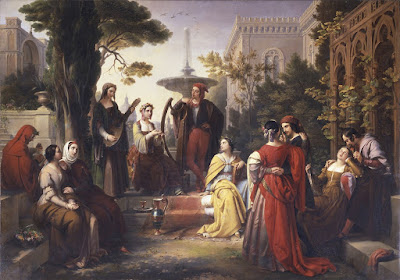 the Italian countryside and wait out the pestilence with a lavish holiday. But as social rules wear thin, what starts as a wine-soaked sex romp in the hills of Tuscany descends into an all out scramble for survival. The series examines the timely themes of class systems, power struggles and survival in a time of pandemic with a touch of levity, brought together by a charming and riotous ensemble of characters.
WARLORD CHRONICLES
SERIES ORDERED AT ITVX
Back in April I told you that Bernard Cornwell's Warlord Chronicles will be turned into a series and now we know it will be over at ITV's streamer ITVX. First 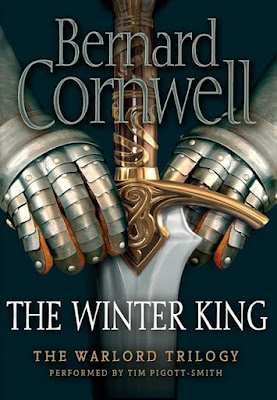 book THE WINTER KING will be turned into a ten episode saga loosely based on the legend of King Arthur. Set in 5th century Britain, then still a landscape of warring nations, the story takes place in an era when life was brutal and fleeting. In this setting, a young Arthur Pendragon goes on a journey to become a warrior, which takes him from prodigal son to legendary leader. With Kate Brooke and Ed Whitmore adapting the books and Otto Bathurst directing, the shooting will start later this year. Epix is apparently no longer involved in the project, but the series will also air later on at regular ITV.
Posted by DEZMOND at 7:00 PM