THE SUSPECT THRILLER TRAILER WITH AIDAN TURNER FOR SERIES STARTING THIS MONTH! PLUS HIS LEONARDO EPIC TV SERIES STARTS NEXT WEEK ON CW

THE SUSPECT TV SERIES
TRAILER WITH AIDAN TURNER
With the aim to air the series sometime this month, ITV has released the trailer for their new five part thriller series THE SUSPECT! It introduces Doctor Joe O’Loughlin (Aidan Turner), who appears to have the perfect life – a devoted wife, a loving daughter, successful practice as a clinical psychologist, media profile and a publishing deal. He’s even a hero online after rescuing a young patient who was ready to jump from the tenth floor of the hospital where Joe works. When a young woman is found in a shallow grave in a West London cemetery, veteran police officer DI Vincent Ruiz and his young partner DS Riya Devi are assigned to the investigation. But has the young woman been murdered or is this a case of suicide? As a successful author, Doctor Joe’s opinion is much sought after and when he 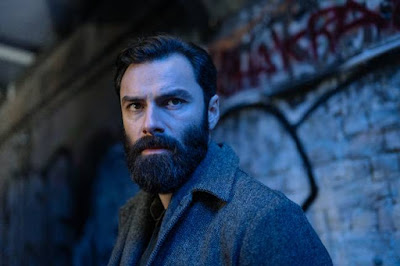 meets DS Devi he’s only too willing to offer help with profiling and his expertise. Now known for his risk-taking and rule-breaking does Joe have more to hide? His recent diagnosis with a debilitating illness could explain his 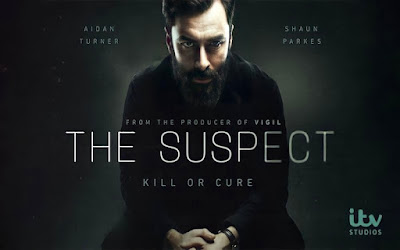 behaviour. But as the investigation into Catherine’s death gathers pace, we start to ask, do we know the real Joe, or does he have a secret life? And has his work as a clinical psychologist allowed him to develop a criminal mindset? Or worse? In USA it will air on AMC Plus and Sundance Now November 3rd.
LEONARDO TV SERIES
FINALLY ARRIVES TO AMERICA
Speaking of Aidan Turner don't forget that his historical series LEONARDO finally arrives to USA August 16th at CW after airing in Europe almost two years ago. The series recounts Leonardo da Vinci's extraordinary life through the works that made him famous, through the stories hidden within those works, revealing little by little the inner torment of a man obsessed with attaining perfection. Although watchable, that series was completely massacred by the hideously atrocious acting of Freddie Highmore in it, so watch it only if you can stomach his lack of any talent and his horridly wimpy voice. James D'Arcy also star as famous count Ludovico Sforza of Milan.
Posted by DEZMOND at 7:30 PM