CARAVAGGIO'S SHADOW
1ST POSTER & RELEASE DATE
Beside Leonardo that you can watch this month on CW and a movie on Dante that is arriving next month, there is another famous Italian artist getting a big screen treatment this year. You can expect a historical biopic on legendary painter Caravaggio in CARAVA- GGIO'S SHADOW (L'ombra di Caravaggio) which is set to arrive to cinemas November 3rd in Italy directed by their famous acting legend Michele Placido with Riccardo Scamarcio in the title role and French star Louis Garrel as his shadow. Isabelle Huppert also stars as Costanza Sforza Colonna!
THIS HISTORICAL DRAMA
depicts the struggles of the notorious Renaissance painter as he's investigated by the Vatican. Italy 1610. Michelangelo Merisi (Scarmarcio), better known as 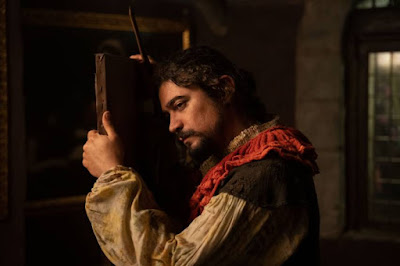 Caravaggio, ignores Catholic Church rulings that dictate how religious subjects are to be represented. Having been informed that he depicts prostitutes, thieves and vagabonds in his work, Pope Paul V orders the Vatican secret 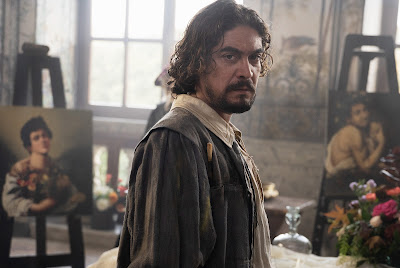 service to investigate, to decide whether to grant the clemency for which Caravaggio has petitioned since being sentenced to death for the murder of a 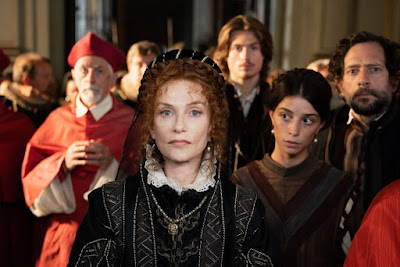 rival in love. The investigator (Garrel) – known as The Shadow - begins the inquiry that will lead him to discover the conflicting vices and virtues of the artist whose life – or death – lies in his hands.
Posted by DEZMOND at 1:45 PM