The latest star to join NBC's new epic fantasy series to be directed by incredible visual genius Tarsem Singh EMERALD CITY is Joely Richardson in the role of Glinda!
Vincent D’Onofrio is set to play the mighty Wizard, while newcomer Adria Ajorna is Dorothy Gale, the 20-year-old who is swept up by a tornado and transported to the mythical Oz. Her K9 police dog find themselves in another world, one far removed from our own — a mystical land of competing kingdoms, lethal warriors, dark magic and a battle for supremacy. Oliver Jackson Cohen will play the lead male role, Ana Ularu is the Wicked Witch, alongside Jordan Loughran, Gerran Howell and Mido Hamada.


'GODS OF EGYPT' 2ND TRAILER
SHOWS GEOFFREY RUSH AS RA
And two trailers for you today, starting with the second one for next year's biggest epic spectacle GODS OF EGYPT which will bring Ancient 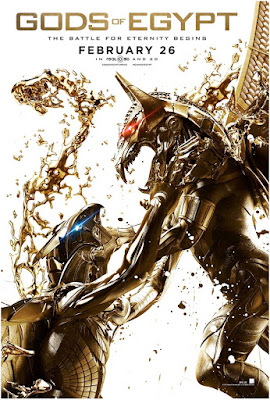 Egyptian splendour into cinemas next February. This new trailer shows all the magnificent scenes and sets we shall see and also offers the first glimpse of Geoffrey Rush as supreme god Ra! Gerard Butler is Set, the merciless god of darkness, who has taken over the throne of Egypt and plunged the once peaceful and prosperous empire into chaos. Few dare to rebel against him. A young thief (Brenton Thwaites), whose love was taken captive by the god, seeks to dethrone and defeat Set with the aid of the powerful god Horus (Nikolaj Coster Waldau). 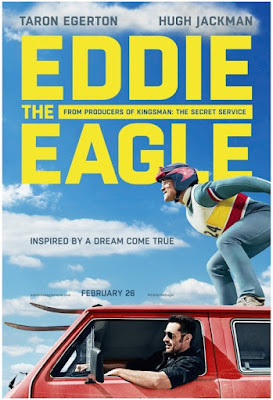 It is only natural for the avalanche of new trailers this week to continue with some real snow which can be seen in the first trailer for Hugh Jackman's EDDIE THE EAGLE which will jump into cinemas this April! Taron Egerton plays hapless British ski jumper EDDIE THE EAGLE who became a media sensation when he entered the 1988 Winter Olympics as the first representative from Great Britain in the Olympic category and came in last in both ski jump events. Hugh Jackman plays a ski expert who helped him train for the Olympics!
Posted by DEZMOND at 1:00 PM