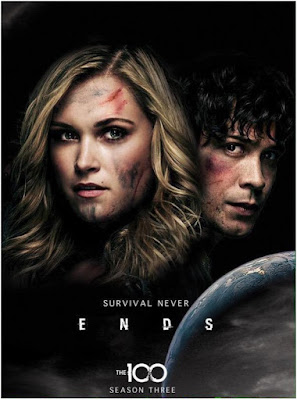 First of all, don't forget to visit our yesterday's article on LEGEND OF TARZAN movie to check out the stunning trailer that I have embedded there in the meantime! It is mind blowing! Adventure can be also seen in the first promo for the third season of CW's popular post apocalyptic series THE 100 which stars January 21st, moved to a brand new and a very convenient Thursday evening time slot after LEGENDS OF TOMORROW!
SURVIVAL NEVER ENDS 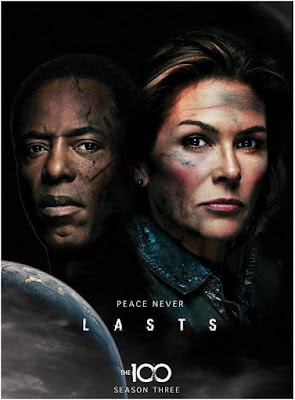 The Mount Weather prisoners have returned home to a world seemingly at peace, but can they find peace within themselves after what they had to do to escape? And is there more to life than just surviving? Unfortunately, their newfound sense of normalcy will be short-lived, and their lives will be changed forever, as threats both old and new test their loyalties, push them past their limits, and make them question what it truly means to be human. 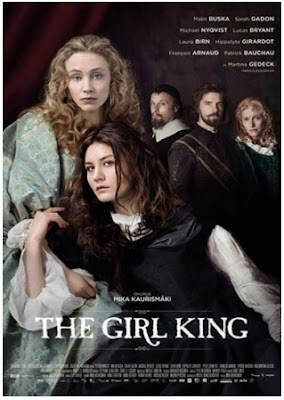 Your other clip for today is the trailer for historical drama starring gorgeous Sarah Gadon from DRACULA UNTOLD. THE GIRL KING follows Christina, Queen of Sweden (Malin Buska) in her early years charting  the point in her life as she assumes the throne and begins to shape her country, but must also deal with her burgeoning sexuality. The movie is available on VOD from this month and in Scandinavian cinemas. Sarah Gadon is her lover, Countess Ebba. Francois Arnaud is her cousin future king Karl Gustav Kasimir.


DEZZY'S HISTORY LESSON
Crowned queen at 16 and known for being intense, moody and intellectual, she is remembered for helping bring an end to the 30 Years War and for policies that helped make Stockholm a centre of learning 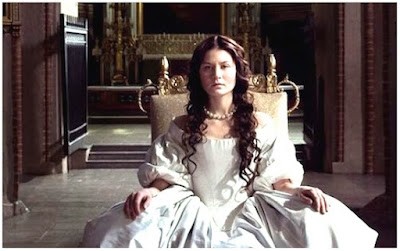 and major European capital. She is also remembered for her unconventional life that makes her feel very, very modern to subsequent generation. Androgynous and uncompromising, her love affairs with 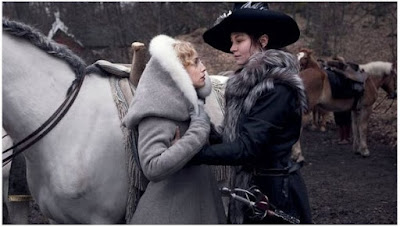 women were well documented, and she resisted dressing or behaving as women were expected in her time, never marrying or having children. She caused a scandal when she abdicated her throne and converted to Roman Catholicism! She spent her later years in Rome, becoming a 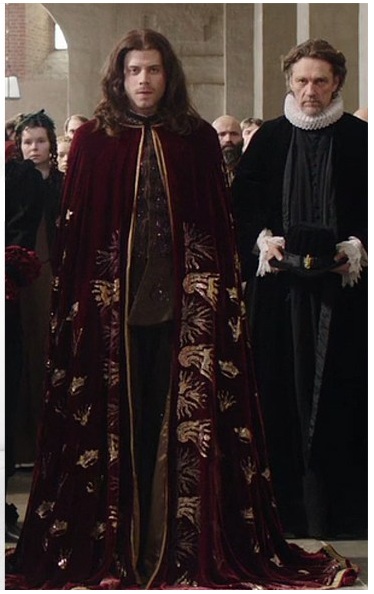 leader of the theatrical and musical life there. As a queen without a country, she protected many artists and projects. She chose her cousin Charles as her heir and organized an extremely lavish coronation for him!