EMILY  BLUNT
IN THE FIRST PHOTOS FROM 'THE GIRL ON THE TRAIN'
New movie images for you today! Beginning with first photos from EW of Emily Blunt as THE GIRL ON THE TRAIN! She leads the cast in the adaptation of the popular bestseller as an unemployed alcoholic who 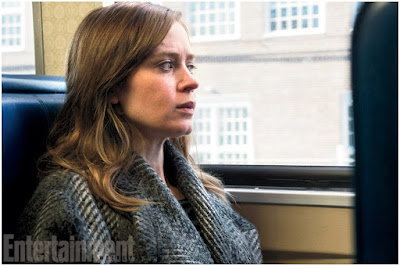 becomes obsessed with a couple (Luke Evans and Hayley Bennett) that she sees every day from her train, during a commute that takes her past the home her ex-husband (Justin Theroux) shares with his new 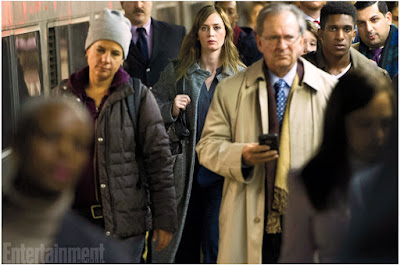 wife (Rebecca Ferguson). One day she accidentally witnesses an act of betrayal, followed shortly thereafter by the young woman’s disappearance.


DISNEY'S 'THE JUNGLE BOOK'
REVEALS NEW PHOTO OF RAKSHA
Empire has, meanwhile, published a new photo from this April's THE JUNGLE BOOK featuring little Mowgli and his adoptive wolf mother 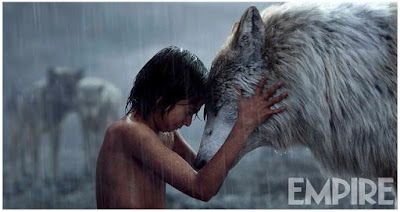 Raksha who gets her voice from Lupita Nyong'o! Ben Kingsley, Idris Elba and Scarlett Johansson also feature in Disney's movie.
Posted by DEZMOND at 7:31 PM