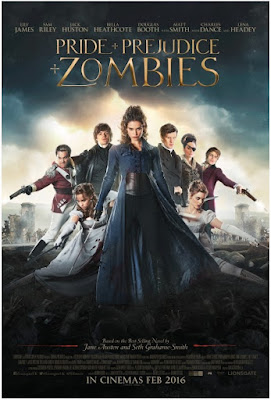 Now, do I have a visual treat for you! Exquisitely interesting character posters have been released for all the major heroes from epic action PRIDE & PREJUDICE & ZOMBIES which puts a delightful spin on Jane Austen's story finally making it bearable to watch :) These new posters include a rather stellar cast of the movie among others Douglas Booth as Mr. Bingley, Sam Riley as Mr. Darcy, Suki Waterhouse as Kitty Bennet, Jack Huston as Mr. Wickham, Lena Headey as Lady Catherine De Bourgh, Matt Smith as Mr. 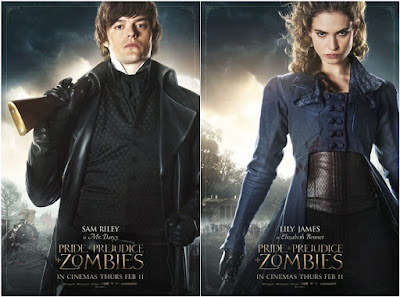 Collins and Lily James in the lead role of Elizabeth Bennet. Charles Dance also appears in the movie!
FEAR THE SORRY STRICKEN
Based on Seth Grahame Smith's novel, and ready to bring the 'sorry stricken' AKA Austenian zombies to the big screens February 5th, 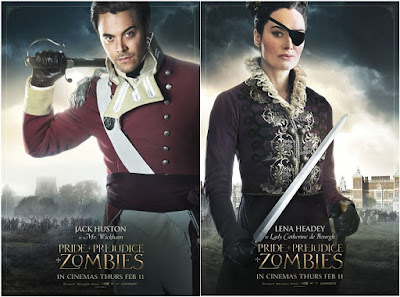 PRIDE & PREJUDICE & ZOMBIES  sees a mysterious plague fallen upon 19th century England, so the land is overrun with the undead and 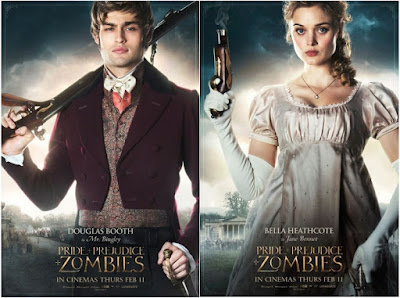 feisty heroine Elizabeth Bennet is a master of martial arts and weaponry. Casting aside personal and social prejudices, Elizabeth and 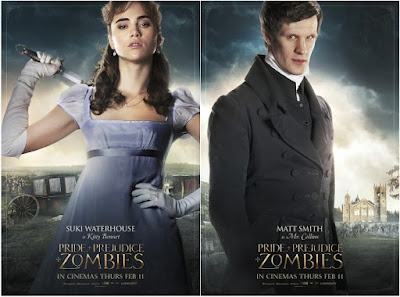 Mr. Darcy must unite on the blood-soaked battlefield to rid the country of the zombie menace and discover their true love for one another.

'KUBO AND THE TWO STRINGS'
MATTHEW MCCONAUGHEY, CHARLIZE THERON AND RALPH FIENNES LEND VOICES
Poster and a trailer have also been revealed for new animated adventure coming from Laika Studios KUBO AND THE TWO STRINGS  about kindhearted Kubo (Art Parkinson) who tells stories to the people of his seaside town. 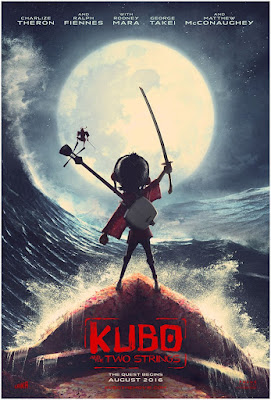 But his quiet existence is shattered when he accidentally summons a spirit from his past which storms down from the heavens to enforce an age-old vendetta. Now on the run with Monkey (Charlize Theron) and Beetle (Matthew McConaughey), he sets out on a quest to save his family and solve the mystery of his fallen father, the greatest samurai warrior the world has ever known. With the help of his magical musical instrument Kubo must battle gods and monsters, including the vengeful Moon King (Ralph Fiennes) and the evil twin Sisters (Rooney Mara) to unlock the secret of his legacy, reunite his family and fulfil his heroic destiny.