MEET THE SWEET LITTLE HATCHLINGS FROM 'THE ANGRY BIRDS MOVIE'! RON HOWARD TO ADAPT JP DELANEY'S 'THE GIRL BEFORE' NOVEL

RON HOWARD TO ADAPT
'THE GIRL BEFORE' NOVEL

A new adaptation for you today, people! 'Deadline' reports that Universal has bought the movie rights on THE GIRL BEFORE yet unpublished novel from J.P. Delaney which Random House will release in Fall 2016! And what is even more, Ron Howard has been attached to helm it!
The story of the new book follows a traumatized woman who falls in love with an extraordinary minimalist house and with the man who designed it. But when she discovers that three years earlier another damaged woman died here, she starts to wonder if her own story is just a re-run of the girl before.

MEET THE HATCHLINGS
FROM 'ANGRY  BIRDS MOVIE'
And if you need some sugar this Monday, check out lil' Hatchlings singing festive songs in the new teaser for ANGRY BIRDS MOVIE! The movie itself, out next July,  takes us to an island populated entirely 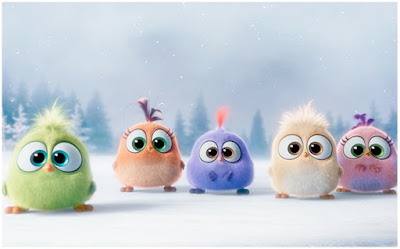 by happy, flightless birds. Or almost entirely. In this paradise, Red (Jason Sudeikis), a bird with a temper problem, speedy Chuck (Josh Gad), and the volatile Bomb (Danny McBride) have always been 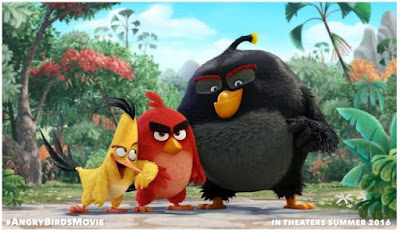 outsiders. But when the island is visited by mysterious green piggies, it's up to these unlikely outcasts to figure out what the pigs are up to!
Posted by DEZMOND at 1:00 PM