BENEDICT CUMBERBATCH
IN THE FIRST PHOTO AS MARVEL'S 'DOCTOR STRANGE'
Only a couple of visual treats for you for the beginning of the last week this year! This week's cover of Entertain- ment Weekly gives 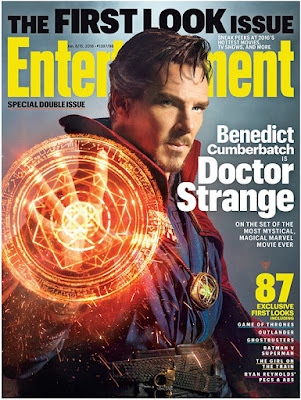 you the first look at Benedict Cumber -batch as DOCTOR STRANGE! We probably should not expect a trailer any time soon since the shooting is still on! This film will be somewhat different from others in the Marvel Universe with Cumberbatch playing a surgeon who turns into a powerful sorcerer! The unusual cast also includes Tilda Swinton (as the female Ancient One), Chiwetel Ejiofor, Rachel McAdams, Scott 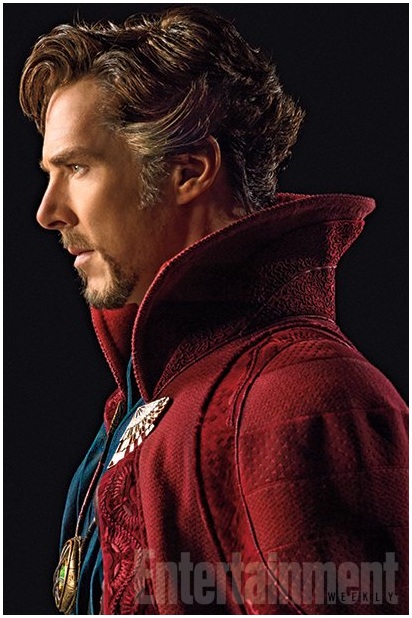 Adkins and Mads Mikkelsen (as the main villain whose name is yet to be revealed)! 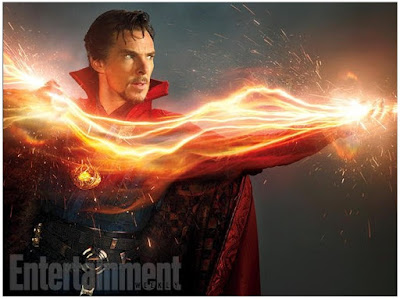 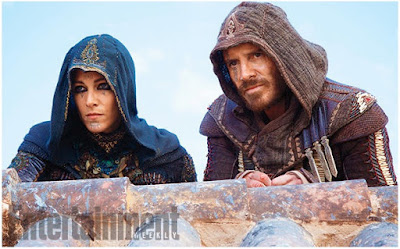 hooded costume. In a film opening in a year's time, he will play both the modern assassin and his 15th century ancestor whose memories he 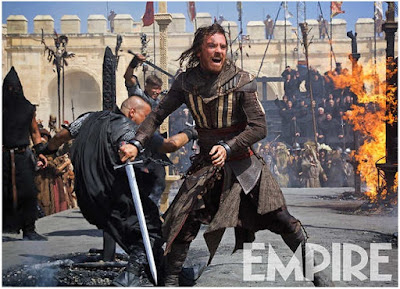 can use through technology. Marion Cotillard, Brendan Gleeson and Jeremy Irons also star.