BRYCE DALLAS HOWARD
TAKES FEMALE LEAD IN MATTHEW MCCONAUGHEY'S 'GOLD'
One of the prettiest red heads in Hollywood, who took the lead female role this summer in this year's biggest worldwide hit JURASSIC

WORLD, Bryce Dallas Howard has, according to 'Deadline' joined Matthew McConaughey in GOLD!
She will play Kay, the longtime girlfriend of McConaughey’s character, who has supported him through thick and thin, but whose capacity and loyalty are tested as the hunt for gold pushes their relationship to its breaking point: He teams with an equally luckless geologist (Edgar Ramirez) to execute a grandiose, last-ditch effort to find gold deep in the uncharted jungle of Indonesia. Corey Stoll, Toby Kebbell, Bruce Greenwood and Stacy Keach also star.


'THE SECRET RIVER' TRAILER
FOR OLIVER JACKSON COHEN HISTORICAL MINI SERIES
And something historical for you today: Australian mini series THE SECRET RIVER in which our favourite Oliver Jackson Cohen plays 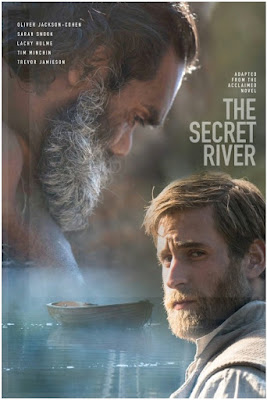 William Thornhill, an illiterate Thames bargeman and a man of quick temper but deep feelings, who steals a load of timber and is transported to New South Wales in 1806. Like many of the convicts, he's pardoned within a few years and settles on the banks of the Hawkesbury River. Perhaps the Governor grants him the land or perhaps he just takes it - the Hawkesbury is at the extreme edge of settlement at that time and normal rules don't apply. However he gets the land, it's prime riverfront acreage. It looks certain to make him rich. There's just one problem with that land: it's already owned. It's been part of the territory 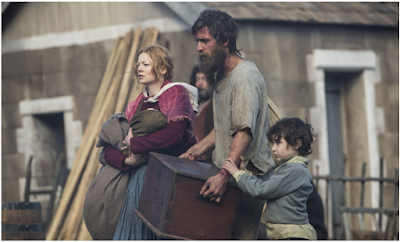 of the Darug people for perhaps forty thousand years. They haven't left fences or roads or houses, but they live on that land and use it, just as

surely as Thornhill's planning to do. They aren't going to hand over their land without a fight. Spears may be primitive weapons, but settlers know that they can kill a man as surely as a ball of lead from a musket.
Posted by DEZMOND at 1:30 PM