Our most favourite thespian, and without any doubt the best living actress of the younger generation, magically gorgeous Cate Blanchett will yet again play one of the classic stars of Hollywood. As you remember, she got an Oscar for her magnificent portrayal of Katharine Hepburn in AVIATOR and now she will play Lucille Ball in an untitled biopic on the famous actress to be written by another Oscar winner - Aaron Sorkin. The story of the movie, which has the support from Ball's family and children, will focus on Lucille Ball's 20-year marriage to her 'I Love Lucy' co-star Desi Arnaz, which lasted from 1940 to 1960!  Together they invented the multi camera format on 'I Love Lucy', and the concept of syndicating TV shows, which revolutionized the industry.

Meanwhile, Scottish hunk Gerard Butler will lead THE HEADHUNTER'S CALLING drama which will revolve around Butler's high flying headhunter character, who is well on his way to achieving his longtime work goal of taking over the company when his 10-year-old son falls ill and his personal and professional priorities clash.
BRANAGH TO HELM ARTEMIS FOWL
And after directing THOR and CINDERELLA and preparing to helm a new version of MURDER ON THE ORIENT EXPRESS, dearest Kenneth Branagh might also direct Disney's movie adaptation of Eoin Colfer's YA series ARTEMIS FOWL  about a young anti hero criminal mastermind who plots to steal gold from the Fairy People and crosses hairs with some of the most dangerous criminals in the world. 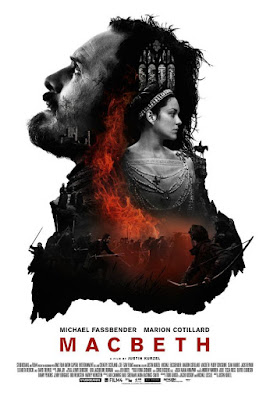 And the new poster for the latest big screen adaptation of Shakespeare's MACBETH is all kinds of gorgeous. You can also check out the latest trailer for the historical drama which is out this October in UK and December in USA. It follows the classic story about General Macbeth (Michael Fassbender) whose ambitious wife (Marion Cotillard) helps him take over the throne from the ruling Scottish king not choosing the means to achieve their ruthless goals. David Thewlis and Jack Reynor also star in the 11th century historical epic.
Posted by DEZMOND at 1:30 PM