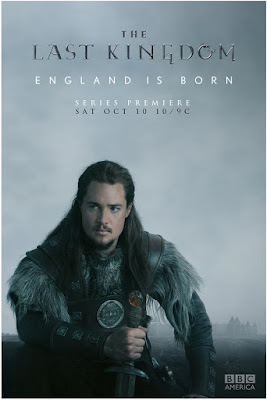 which is to bring 9th century into your Saturday evenings when it starts airing October 10th! Adapted from Bernard Cornwell’s “The Saxon Stories,” THE LAST KINGDOM sees many of the separate kingdoms of what we now know as England under invading Vikings, with only the great Kingdom of Wessex standing defiant under its visionary King Alfred the Great (David Dawson).

BRAVE PRINCE UHTRED
Our main hero is Uhtred (Alexander Dreymon). Born the son of a Saxon nobleman, he is orphaned by the Vikings and then kidnapped and raised as one of their own. Forced to choose between the country of his

birth and the people of his upbringing, his loyalties are ever tested. What is he — Saxon or Viking? On a quest to claim his birthright, Uhtred must tread a dangerous path between both sides if he is to play his part in the birth of a new nation and, ultimately, recapture his ancestral lands!


LORD UHTRED OF BEBBANBURG
Uhtred’s father, Lord Uhtred (Matthew MacFadyen), is a formidable fighter and ruler of the kingdom of Bebbanburg in Northumbria. He is a 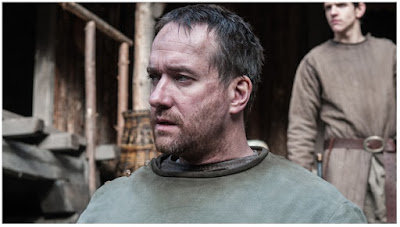 serious and rather distant man whose commitments to Bebbanburg leave little time for his two sons. Young Uhtred struggles to win his father’s affection and approval.


KING ALFRED THE GREAT
As the King who dreamt of uniting the separate kingdoms of England, Alfred (David Dawson) has integrity and is a thinker, master strategist, yet troubled by poor health. A man of great wisdom, he is

committed to the power of the written word and the spread of Christianity. Even Uhtred, who first sees Alfred as a humourless nit-picker, grows to admire the man who will become known as King Alfred the Great.


FEARLESS WARRIOR BRIDA
Alongside Uhtred, Brida (Emily Cox) is captured as a child and raised by Danes. Brida and Uhtred’s similar fates bind them as kindred spirits; 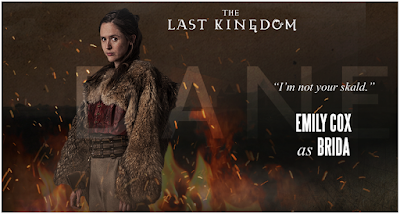 the two become best friends. Fearless, gutsy, outspoken, and a born fighter, Brida immediately feels at home in the boisterous world of the Danes. 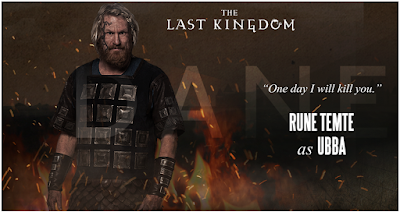 warned as a boy never to fight Ubba, but fate may dictate that he must. Ubba’s weakness is his superstition and his reliance on his sorcerer Storri. 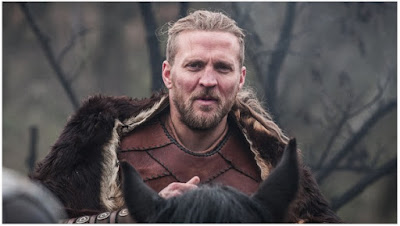 life for Uhtred — freedom, passion, challenge and adventure…a world away from the strictures of Alfred’s court.


THE BLIND POET RAVN
Ravn (Rutger Hauer), is a ‘skald’ (a Viking poet and wise man). Given his considerable life experience, he is philosophical about the struggles

of the Danes and is able to impart his wisdom to young Uhtred, who often acts as the eyes of blind Ravn.


AELFRIC THE USURPER
Aelfric (Joseph Millson) is Uhtred’s uncle and usurper of the throne of Bebbanburg. Aelfric is unscrupulous, scheming and power hungry. 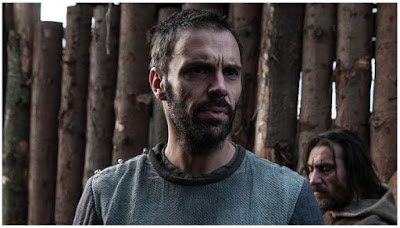 He sees Uhtred as a barrier to his claim on Bebbanburg and is committed to his demise.
Posted by DEZMOND at 2:00 PM