British epic series updates today for you, people, beginning with news coming from BBC who have announced the start of the production of the second season of this year's mega successful POLDARK series. Ten new episodes have started shooting over in Cornwall to be aired next spring. Aidan Turner returns in the lead role, Eleanor Tomlinson is back as his wife Demelza Poldark, while John Nettles has joined the cast as one of the county's wealthy landowners. The series which follows Ross Poldark who returns from the war in America only to find his property in poverty and ruin and has to rebuild it again, will have the second season set in 1790 against the backdrop of riot and revolution in the air!

creatures, is GUARDIANS OF THE GALAXY star Emmett Scanlan. He will be Skellan, the Warfather of the Wulfing Raiders, an imposing 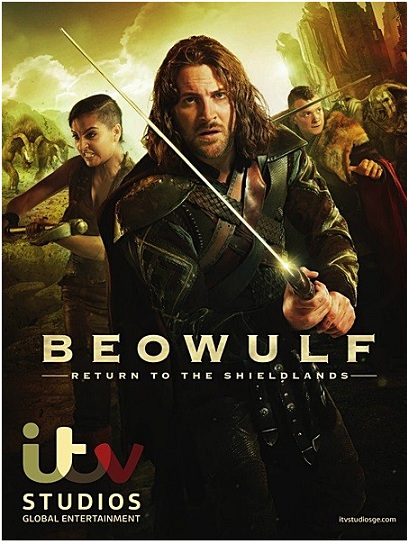 and formidable leader, who will do whatever it takes to secure victory in battle. William Hurt, Joanne Whalley, Ed Speleers, Joe Sims all star as well.


'LEGENDS OF TOMORROW'
FIRST PHOTO OF HAWKMAN AND HAWKGIRL REVEALED
And jumping over to USA, check out the first picture of Hawkman and Hawkgirl from CW's new superhero series LEGENDS OF TOMORROW. Played by Falk Hentschel and Ciara Renee the two immortal lovers get their powers from the Egyptian god Horus.  They