So, I kinda decided not to do our traditional and widely popular fashion report from Emmy awards because it was such a parade of atrocious gowns this year that my eyes still hurt! So, we're moving onto the latest Hollywood rumours which are saying that our dearest Emily Blunt has been offered the lead role in Disney's big screen remake of MARY POPPINS which has been announced a few days ago! Although Blunt said there is no official offer (which doesn't mean there isn't an unofficial one wink wink) but if she really gets the role it would reunite her with director Rob Marshall who helmed other of her musicals INTO THE WOODS! The movie actually won't be a remake, but a sequel! It will take place 20 years after the original movie sending the magical nanny onto a new adventure.

'ISLAND OF DR. MOREAU' TO
BECOME A CBS TV SERIES Over in today's television news, something really nice: one of the most mysterious of the classic novels THE ISLAND OF DR. MOREAU from H.G. Wells is to be turned into MOREAU TV series at CBS by SLEEPY HOLLOW creator Phillip Iscove. The TV adaptation will follow the title character of disgraced London physiologist Dr. MOREAU, who retreats to an island to work on the experiments creating animal human hybrids, but here's the catch - this time the doctor is a woman. Fiercely intelligent and fearless, Dr. Katherine MOREAU expands the boundaries of medicine through bold and revolutionary 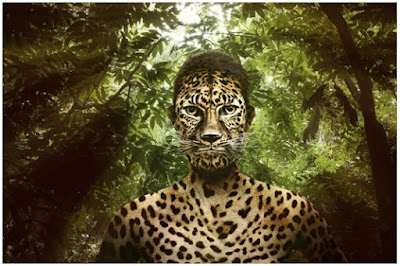 scientific experimentation and treatments in her privately funded island hospital. The book has been adapted into movies many times and many series had episodes inspired by it.